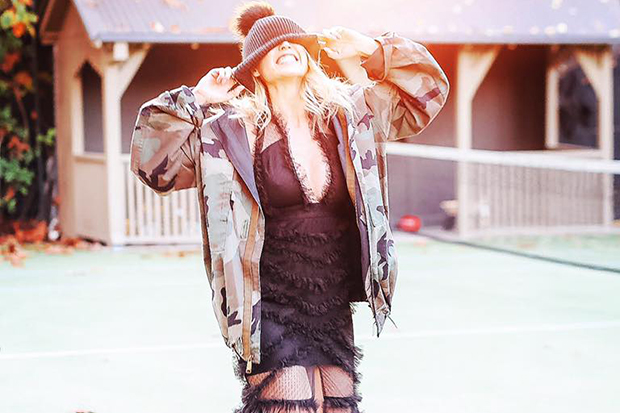 After taking a decade off to have a child and concentrate on her television career, Dannii Minogue returns to the pop scene today (August 10) with a new single called “Holding On.” The track, which is now available on Australian and UK iTunes (Spotify and the US digital retailers are next), is a furious banger. “We’re holding on, we’re holding on,” the Queen of Clubs wails on the chorus over bone-rattling beats. “Right here I am don’t want to be just holding on.” That takes us to a very on-trend drop.

“Holding On” is quintessentially Dannii in that it’s a flawless floorfiller, but there are a couple of surprises. For starters, it features Jason Heerah — a former contestant on X Factor Australia. The lyrics are also something of a trip. The Neon Nights hitmaker sings about “a deluded human from out of space” at one point. It’s weird and quirky and an exciting start to a long-overdue reboot of one of pop’s most exuberant divas. Listen to an extended preview of the track below. Expect Dannii to perform it on her upcoming tour with Take That.