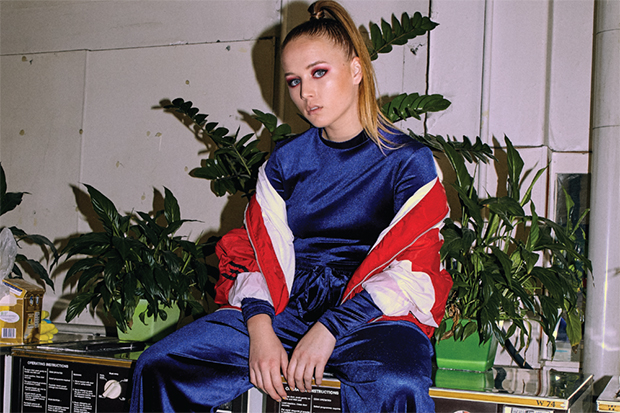 Fridays can be overwhelming for pop fans. Every week you’re bombarded with a glut of new music, which can lead to ear candy falling through the cracks. I’m hoping to circumvent that tragic scenario with The Drop — a cheat sheet (of sorts) to get you through New Music Friday. By now, you’ve probably listened to Pink’s iTunes-conquering “What About Us” and possibly bopped along to Fifth Harmony’s feisty “Angel.” But that’s just the tip of the iceberg.

Let’s start with a couple of the week’s big releases. Bebe Rexha completes her debut album with All Your Fault Pt. 2, and like the first installment, it boasts more than its fair share of potential hits. My favorites are “I Got Time” and “(Not) The One,” but the latter stands out as the set’s power-pop moment. Another EP bursting with bangers is Avicii’s AVICI. While the Rita Ora-assisted “Lonely Together” is definitely a highlight, it’s hard to go past AlunaGeorge collaboration “What Would I Change It To” as a prime example of the Swedish DJ melodic, acoustic-laced electronica.

A couple of newcomers also made a big impression this week. 19-year-old Liv Dawson has been generating serious hype since debuting with “Tapestry,” but the Brit could be on the brink of a commercial breakthrough with her new single. Produced by Honne, “Painkiller” is an infinitely relatable pop anthem with a massive sing-along chorus. It also showcases her lovely, soulful voice. The same could be said of Liz Huett’s debut single, “STFU & Hold Me.” The Futuristics create a warm, organic soundscape for a song that is way better than the title suggests.

Another diva at the very start of her career is 13-year-old Grace VanderWaal. She dabbled in tropical-pop on “Moonlight,” but retreats to the simple singer/songwriter fare of breakthrough hit “I Don’t Know My Name” on the slightly pouty “Sick Of Being Told.” At the other end of the spectrum is legendary veteran Tori Amos. “Up The Creek” is the latest single from her 15th LP Native Invader and, if this spooky and timely ditty is any indication, it’s going to be one of her best. I haven’t been this excited for a Tori album since American Doll Posse.

It’s time for a genre change. One of the most surprising things about Kesha’s Rainbow LP is the number of country detours. The diva’s duet with Dolly Parton is the obvious starting point, but “Hunt You Down” is the most satisfying Nashville adventure. The comeback queen threatens to maim her man if he cheats over twangy production courtesy of Rick Nowels. If you’re looking for something a little more traditional, Kelsea Ballerini’s “Unapologetically” is syrupy sweet country-pop.

How about some ’80s-inspired synth-rock? I haven’t heard from Australia’s The Jezabels in a minute, but they unleash the first taste of their 4th album today and it’s a massive track. In fact, “The Others” is probably the band’s most instant single since 2011 debut “Endless Summer.” I can’t wait to hear the album. Scottish newcomer ONR explores a similar soundscape on debut single, “Jericho.” The track isn’t as accessible, but it drags you in deeper with each listen. He just signed to Capitol Records, so expect to big things.

Let’s wrap this up with a couple of bangers. Prince Fox recently made waves by teaming up with Bella Thorne for underrated bop “Just Call” and he delivers another earworm with “Space” — a catchy collaboration with Quin XCII. Fellow producer Bloodpop takes a break from producing hits for the likes of Justin Bieber and Lady Gaga to drop a massive remix of Haim’s “Little Of Your Love.” I love the original version (a lot), but this is bigger and bolder. Listen to it in my playlist below.