Selena Gomez Takes Us Behind The Scenes Of Her “Fetish” Video 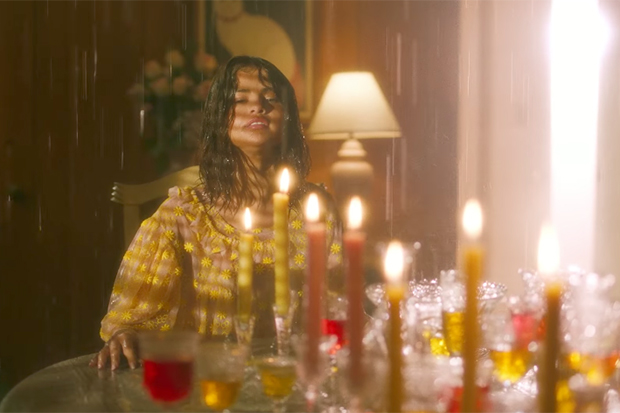 A Twitter Q&A and now a one-minute behind the scenes video? Selena Gomez is still doing the least when it comes to promotion, but at least she’s doing something. (At this rate, we might even get a live performance by 2020!) Jokes and mild frustration aside, the pop star’s new video is undeniably cute. You get to see the reclusive diva strut her stuff on the set of “Fetish,” joke around with the crew and generally look adorable. While the finished clip is gloomy and intense, it looks she had a lot of fun filming it.

That’s about all there is to say about Selena at the moment. The 25-year-old isn’t listed as a performer at the upcoming MTV Video Music Awards (she could still be added) and doesn’t have any TV appearances lined up. There are rumors of her releasing another single in September, which could mean that “Fetish” and “Bad Liar” were elaborate buzz tracks before an official lead single is rolled out. Or she might just be taking a less is more approach to everything. Watch her new BTS video up top.