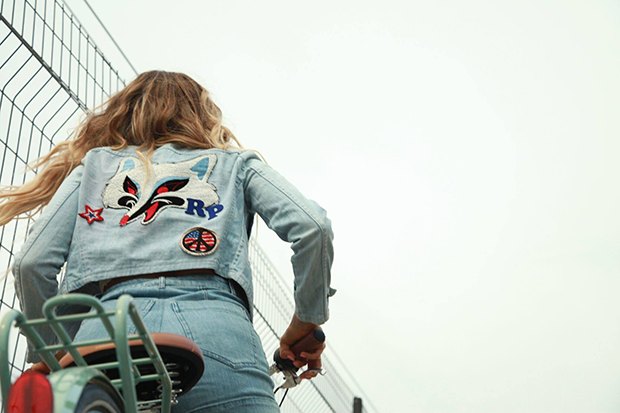 Rachel Platten is rolling out the first taste of her second major label album.
MORE >>

Rachel Platten returned with the first single from her second major label album last week and it’s an uplifting feminist anthem. “What I’ve learned in life is this: even in the hardest of times, there is light,” the 36-year-old writes in an essay for Refinery29. “‘Broken Glass’ is my rallying cry of release, healing, excitement, hope, and joy. It’s a celebration of the power of women—of our unity, strength, and fierceness, and of just how freaking awesome we are. We are badass on our own, but we’re unstoppable when we come together.”

The “Fight Song” hitmaker switches up her sound on the mid-tempo bop, which was produced by Stargate and Jarrad Rogers. “Broken Glass” is a breezy, dancehall-tinged number that is less adult contemporary than much of Wildfire. Rachel isn’t wasting time promoting the record — dropping the video, which features intricate bike choreography, on Friday (August 18) and performing the track on Good Morning America yesterday. Watch her soaring performance below.