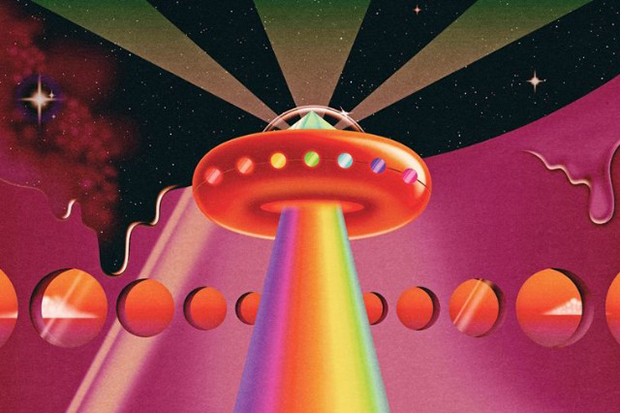 Fridays can be overwhelming for pop fans. Every week you’re bombarded with a glut of new music, which can lead to ear candy falling through the cracks. I’m hoping to circumvent that tragic scenario with The Drop — a cheat sheet (of sorts) to get you through New Music Friday. By now, you’ve probably heard Taylor Swift’s iTunes-conquering “Look What You Made Me Do.” However, it was also a big week for veteran divas with Mariah Carey jumping on the remix of French Montana’s “Unforgettable” and Fergie joining forces with Nicki Minaj for “You Already Know.” But that’s still the tip of the iceberg.

Let’s start with a couple of Scandinavian queens. Astrid S deserves a medal for her services to pop in 2017 — dropping a string of sublime electro-pop anthems like “Breathe” and “Such A Boy.” She switches it up on “Think Before I Talk,” a semi-acoustic (and very relatable) anthem about running your mouth and then regretting it. Sweden’s LÉON has also been quietly releasing very good songs all year, but “Body” is easily the most accessible and catchy. This could be the one that elevates her from buzz artist to hitmaker.

Another big-lunged diva on the brink of very big things is BETSY. The Brit won an outpouring of blog for “Wanted More” and the disco-tinged “Waiting,” and should continue to gain momentum with “You Won’t Love Me” — a wonderfully depressing ballad that showcases her velvety vocals. Across the other side of the world, Australian singer/songwriter Alex The Astronaut blesses New Music Friday with “Not Worth Hiding.” The folky anthem documents the 21-year-old’s own coming out story and urges listeners to follow suit. She is definitely One To Watch.

Next up is a pair of remixes from two pop saviors. Carly Rae Jepsen’s “Cut To The Feeling” is one of the better dance-pop songs of the year, but it went largely unnoticed by the general public. That might change thanks to a new remix from Kid Froopy. The Des Moines producer gives the track an edge with a banging electro-overhaul. Allie X’s “Paper Love,” on the other hand, gets a nudge towards the mainstream with a glitchy remix from super-producer Billboard (Britney Spears’ “Hold It Against Me” and Jaira Burns’ “Ugly”). It’s now a nuclear-level bop.

The same goes for Reckless’ “Break Dat.” Produced by Felix Snow (the mastermind behind Kiiara’s “Gold” and Terror Jr), the Portland native injects a little hip-hop swagger into the hitmaker’s future-pop soundscape. The result is big, bold and surprisingly accessible. Another artist with a knack for bone-rattling bangers is Martin Garrix. He has been concentrating on pop-crossover anthems lately, which makes “Pizza,” a festival-friendly instrumental, a welcome change of pace.

If you’re in the mood for something a little more relaxed, may I recommend Cape Francis’ “5 In The Morning.” The solo project of Kevin Olken Henthorn (formerly of Stone Cold Fox) has been a revelation, mixing sharp-eyed storytelling with stripped-back production and lingering vocal melodies. Another singer/songwriter making noise is Quinn XCII. The Detroit artist, who recently featured on Prince Fox’s “Space,” opens his heart on “Always Been You” over production that sounds like early Maroon 5 by way of Tumblr. (That’s a compliment).

Let’s wind this up with a couple of guilty pleasures. DNCE teams up with Rod Stewart for a remake of “Do Ya Think I’m Sexy” and it falls somewhere between cringe and catchy. I have no idea why this exists, but I hope someone’s getting paid. Less perplexing is the debut single of In Real Life, the winners of ABC talent show Boy Band. “Eyes Closed” has earned some gnarly reviews but I find it perfectly enjoyable. This is as good a starting point as any. Check it out in my playlist below.