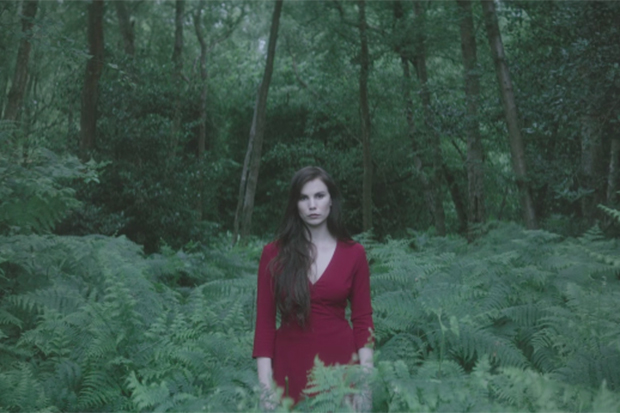 Sweden's dark-pop princess is back with another staggeringly gorgeous single.
MORE >>

Sweden has found a dark-pop princess in Skott, and she will draw you deeper into her enticing web with new single, “Remain.” The track is a companion to last month’s brooding “Mermaid,” and tells the tale of heartbreak over swirling synths. “I fell madly in love when I was 13, and for five years we were inseparable. But sometimes we’re powerless against change – this song is about the pain of growing apart, and accepting that sometimes we have to leave something behind in order to move forward,” she explained of the inspiration behind the track.

“I’ll love again. Changing, slowly I’m escaping” she sings heavy with exhaustion on the opening lines. Soldiering on over the ethereal production, she strives to break free from the glow of her previous relationship and tells half-truths in an effort to avoid breaking her lover’s heart. It is a commendable performance, and one that sees her shouldering the brunt of the pain while attempting to discover a better future for them both. Skott’s feathery voice fades out as things come to a close, leaving only a golden memory of what they once shared.

“Remain” is a fitting piece to share alongside “Mermaid” and further showcases the rising star’s offbeat brand of pop. It manages to draw comparisons to the R&B-tinged works of Banks and Broods but is set apart by her unique voice. The Swede has been tapped as one of the year’s breakout stars, and it’s clear that with each release she continues to carve out a space for herself in the industry. Listen to “Remain” below.