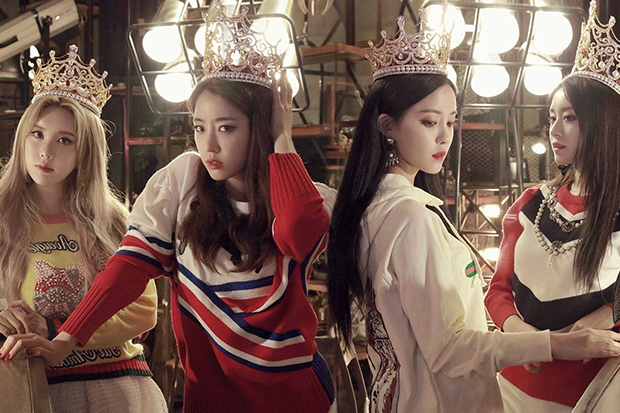 K-Pop queens T-ara go out on a high with goodbye single 'What's My Name?'.
MORE >>

Billboard’s Fan Army Face-Off has become one of the most popular pop music polls online, amassing hundreds of millions of votes since its launch in 2015. It has also become notorious for being dominated by K-Pop girl group T-ara, who have won it for the past three years in a row. In the latest poll, they beat Liam Payne’s fans by more than a million votes.

The group’s fans, called QUEEN’S (yes, with an apostrophe), have not only obliterated K-Pop’s biggest stars like BLACKPINK and EXO, they have also steamrolled global A-listers like Ed Sheeran, Fifth Harmony, and One Direction. The 2015 clash between the QUEEN’S and Directioners got so messy that Directioners called up Billboard to accuse QUEEN’S of cheating, while QUEEN’S and K-Pop fans got #DirectionersFuneral trending worldwide on Twitter.

As expected, the latest poll has resulted in more Twitter drama, with losing fandoms — including some K-Pop fans — accusing QUEEN’S of cheating and using bots to decimate their rivals. But the real secret to T-ara’s success isn’t cheating, it’s China.

T-ara are ridiculously popular in China, where they have the largest fanclub of any Korean girl group in the country. K-Pop fans in general are known for their fanatical dedication to their faves, and when you take into account that China has a population of almost 1.4 billion, it’s easy to see how T-ara are able to dominate virtually every internet poll they’re in.

There’s also a deeper reason behind T-ara’s success: vengeance. Back in 2012, when the group were at their absolute peak in popularity, they were wrongly accused of bullying a problematic ex-member, which effectively torpedoed their career overnight. The incident brought T-ara’s hardcore fans together, who made it their mission to help T-ara win every poll under the sun to compensate for the group’s diminishing success on the charts. So far they’ve been pretty successful, with Billboard’s Fan Army Face-Off being just one of the countless polls T-ara’s crushed over the years.

So, I’m sorry to break it to you Directioners and Blinks, but T-ara’s poll domination has nothing to do with cheating. It’s all just good, old-fashioned hard-work, dedication, and revenge.

Are you still suspicious? Let us know below, or by hitting us up on Facebook and Twitter!