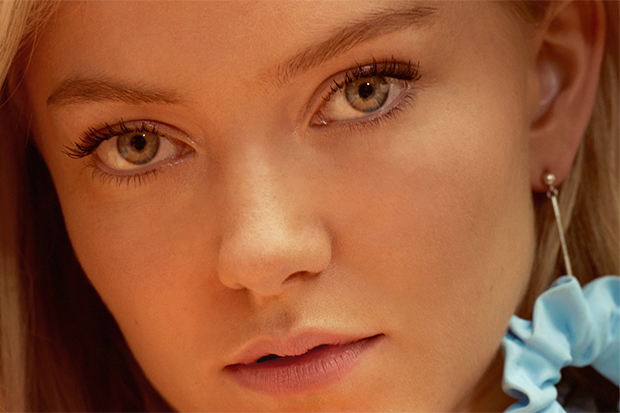 Fridays can be overwhelming for pop fans. Every week you’re bombarded with a glut of new music, which can lead to ear candy falling through the cracks. I’m hoping to circumvent that tragic scenario with The Drop — a cheat sheet (of sorts) to get you through New Music Friday. By now, you have probably heard Maroon 5 and SZA’s serotonin-raising “What Lovers Do” and possibly bopped along to Paloma Faith’s “Crybaby.” But that’s just the tip of the iceberg.

Let’s start with a couple of bangers. Galantis is having a banner year — dropping club-conquering singles “Hunter” and “True Feeling” as well as a remix of Selena Gomez’s “Fetish.” The Swedish producers team up with Rozes (the velvety voice of The Chainsmokers’ “Roses”) for “Girls On Boys” and it’s their most accessible and euphoric offering since “No Money.” Matoma also blesses New Music Friday with a crowd-pleaser. The Norwegian reunites with The Vamps for “Staying Up.” It’s not quite catchy as “All Night,” but it comes very close.

Other Scandinavian acts in the mix this week include Frida Sundemo and ARY. The former is the unsung hero of Swedish pop, dropping shimmery synth-pop gems at will without generating the international attention of Zara Larsson or the two Toves. Hopefully, that will change with “Gold” — the latest single from international debut LP, Flashbacks & Futures (due October 6). ARY is at the very start of her pop journey, but has already been singled out as Norway’s next great export on the strength of viral hit “Childhood Dreams.” Her latest, “Already There,” will only build that buzz.

If you like your pop a little more left-of-center, Tennyson’s “Cry Bird” is a must-hear. The brother-sister duo caught the attention of Skrillex with their avant garde approach and were promptly signed to OWSLA. Their debut EP, Uh Oh!, arrives on September 28 and it’s shaping up to be something special if the dreamy, ambient-adjacent lead single is any indication. Another new release for the thinking man’s pop fan is Perfume’s “If You Wanna.” Japan’s leading girl-group is known for their techno sound, which makes this detour into heavily-distorted glitch-pop something of a treat.

One of the biggest surprises of 2017 has been Jessica Lea Mayfield’s move towards a brighter pop sound. The folk singer, who usually revels in heartbreak and torment, sounded positively upbeat on “Sorry Is Gone” — the title track of her new album. While “Meadow” is a little darker, it is buoyed by perky guitars and a catchy chorus. With any luck her sonic transformation will result in a well-deserved commercial breakthrough. George Maple is also destined for big things. The Australian singer/songwriter, who featured on DJ Snake’s “Talk,” could strike gold with “Hero.” This is emotional electro-pop with flair and substance. Play it loud.

Other Aussies with new music out this week include a pair of Australian Idol alumni. Since winning the inaugural season in 2003, Guy Sebastian has racked up 12 top 10 hits (including 6 number 1 hits) and landed a platinum-selling US breakthrough with “Battle Scars.” He dabbled in a more experimental R&B sound on 2016 EP Part 1, but returns to his radio-conquering best on soulful pop anthem, “High On Me.” Ricki-Lee has taken more of a part-time approach to pop, dividing her time between the studio and TV and radio gigs, but “Not Too Late” shows off her powerful pipes and ranks as the diva’s best single since 2011’s “Raining Diamonds.”

Let’s wind up with a couple of indie-pop standouts. You might remember NONONO from their 2013 debut single “Pumpin Blood,” which charted around the globe. The Swedish trio took a break after dropping their We Are Only What We Feel LP, but they bounce back better than ever with the aptly-titled “Masterpiece.” One listen to this and you’re hooked. The same goes for Prides’ “Lets Stay In Bed All Day.” As usual, the Scottish duo’s latest is vaguely ’80s and guaranteed to put you in a good mood. Listen to the catchy track in my playlist below.