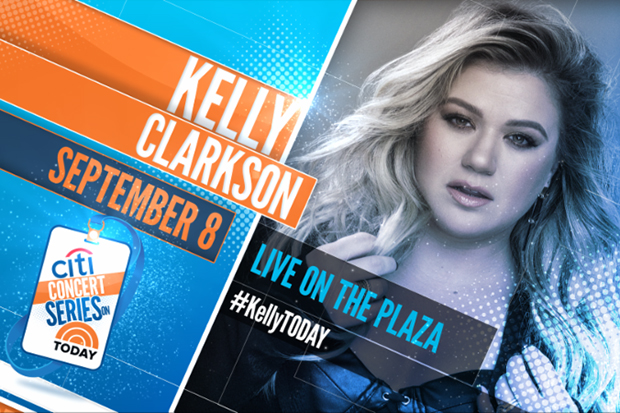 Kelly Clarkson's new single is coming. She is booked for 'Today' in early September.
MORE >>

After an usually slow summer, the music industry springs back to life this week with new singles from Sam Smith, Zayn Malik and Kelly Clarkson. America’s sweetheart kicks off her 8th era on Thursday (September 7) with a new single called “Love So Soft.” The 35-year-old revealed the title over the weekend and shared the first snippet of the song this morning. “What I need, need to know,” she croons in a black-and-white video. “Will you protect me, respect me if I let you glow?”

Kelly’s powerful pipes are on full display and she sounds typically fiery. The preview doesn’t give too much away, but we already have a good idea of what to expect. The enduring hitmaker revealed that she is working on a soulful pop album and named Whitney Houston, Mariah Carey and Aretha Franklin as major influences. “It’s my favorite thing I’ve ever done,” Kelly gushed about the project in a 2016 interview with People magazine. “It’s the first time I got to pick my label, because I just got out of my Idol contract. I’ve been dying to make this record since Idol.”

Are you excited for Kelly’s new era? Let us know below, or by hitting us up on Facebook and Twitter!