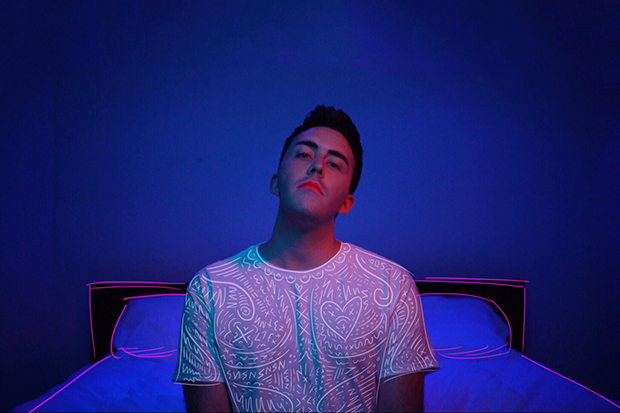 Leland makes the leap from songwriter to pop star with 'Mattress.'
MORE >>

This summer Leland, one of pop’s most reliable songwriters responsible for the likes of Selena Gomez’s “Fetish,” proved himself just as capable of singing on hit tracks as he was of writing them with the release of his new single “Mattress.” The electro-kissed ode to lusting after a partner has already racked up 2 million streams, but it looks like he is ready to take things one step further.

The double threat is teaming up with frequent collaborator and dark pop princess Allie X and Valley Girl for a remix. The “There For You” hitmaker began teasing the collaboration late last week, promising that promotion would be amping up in the coming days. On Monday, he shared a photo of the revamped single cover with Allie’s image in silhouette, but fans were quick to guess that she would be making an appearance.

The twosome worked together on Troye Sivan’s debut LP Blue Neighbourhood and have popped up together on countless projects since then. The revamped release is set to drop this Friday (September 8) and could signal big things for both. Hopefully, the remix will be embraced by pop radio and open even more doors for them. Check out their respective announcements below.

I know you're not aware, but all I want's your body on my MATTRESS
Xcited to share this collab with bb @lelandofficial on Friday‼️ pic.twitter.com/AqAtdpZuMj

Are you ready for their remix? Let us know below, or by hitting us up on Facebook and Twitter!