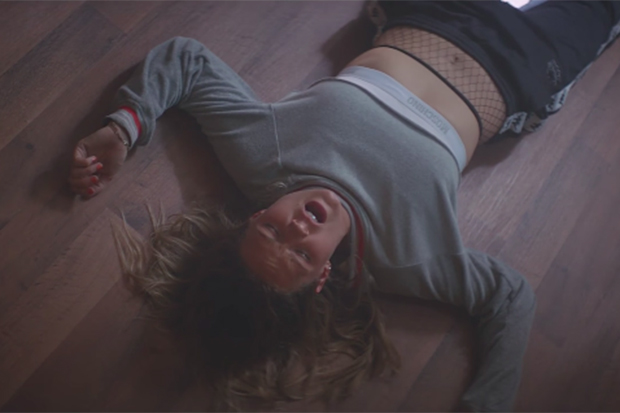 Tove Lo is in love and ready to hit the dance floor on her racing new single, “Disco Tits.” The Swedish pop star teams up with frequent collaborators The Struts for the track, which is the first taste of her third studio album Blue Lips (Lady Wood Phase 2) — set to drop later this year. “‘Disco Tits’ is about losing yourself with your new found love,” she explained about the track’s inspiration, adding that it makes her feel “naive, excited,” and like there are “no consequences” in a press release. The songstress embraces the new romance, losing herself in the rhythms alongside her partner.

After the frosty production and distant romance of last year’s “Cool Girl,” Tove descends into the depths of the club over a wobbly beat and funky synths for her latest. “I’m sweatin’ from head to toe. I’m wet through all my clothes. I’m fully charged, nipples are hard, ready to go,” the 29-year-old chants on the infectious chorus. In the world of trap beats and trop pop synths, “Disco Tits” is a breath of fresh air and an instant earworm, proving that the “Talking Body” songstress remains ahead of the curve.

The Lady Wood diva has remained busy since unleashing her second LP in 2016. She embarked upon an international tour, performing at major festivals like Coachella along the way. She is set to kick off the latest leg of her North American tour later this month and has several performances scheduled alongside Coldplay to look forward to as well. Give “Disco Tits” a spin below.

What do you think of Tove’s latest effort? Let us know below, or by hitting us up on Facebook and Twitter!