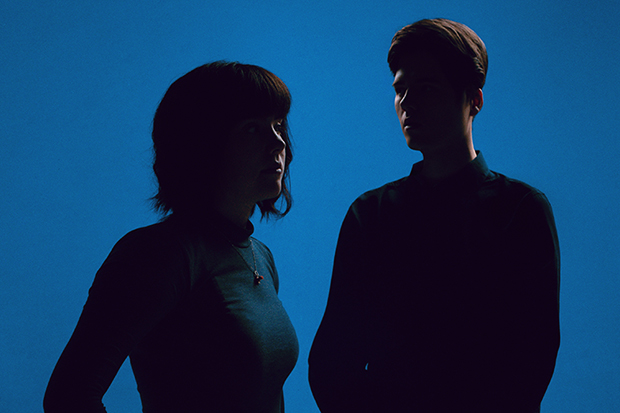 Your guide to New Music Friday featuring gems from Perfume and Tennyson.
MORE >>

Fridays can be overwhelming for pop fans. Every week you’re bombarded with a glut of new music, which can lead to ear candy falling through the cracks. I’m hoping to circumvent that tragic scenario with The Drop — a cheat sheet (of sorts) to get you through New Music Friday. By now, you have probably heard Sam Smith’s soulful ballad “Too Good At Goodbyes” and possibly bopped along to Kelly Clarkson’s feisty “Love So Soft.” But that’s just the tip of the iceberg.

Let’s start with a bop. After all, that is Terror Jr’s speciality. The trio will rollout Bop 3: The Girl Who Cried Purple on September 29 and it’s destined to be another flawless collection of bangers if “Holding Your Tongue” is any indication. This is next-level electronica with a distinct pop sensibility and X-rated lyrics. Loote, on the other hand, refrains from using the C-word and opts for a cute, commercial sound on “Out Of My Head.” The duo proved their pop chops on “High Without Your Love” and their latest is even catchier.

Speaking of catchy, Hailee Steinfeld knows a thing or two about crafting an earworm. She follows up (the underrated) “Most Girls” with an all-star collaboration called “Let Me Go.” The radio-friendly track combines the talents of Steinfeld, Alesso, Florida Georgia Line and Watt. It sounds like a hot mess on paper, but it’s a windows-down, feel-good anthem of the highest caliber. This feels big. The same goes for “Crime,” a joint venture between Swedish singer Skott and LA-based duo Grey. It’s a dreamy floorfiller with a surprisingly huge drop.

Another Swede making an impact on New Music Friday is Tove Lo. The hitmaker whips out her “Disco Tits” today and it’s every bit as amazing as the title suggests. A throbbing banger about finding love on the dance floor, the sexy track suggests that she has no interest in returning to the radio-ready pop of Queen Of The Clouds any time soon. More power to her. Miriam Bryant hasn’t enjoyed as much international success as her Lady Wood-rocking countrywoman, but that could change with “Rocket” — an outrageously catchy jam produced by Neiked of “Sexual” fame.

Next up is pair of singer/songwriters on the brink of big things. Phoebe Ryan is no stranger to The Drop, blessing my New Music Friday round-up with gems like “Boyz n Poizn,” “Dark Side” and “Forgetting All About You.” You can now add “Be Real” to the list. I like everything Phoebe does but this vulnerable, lilting slow jam is her best single to date. I feel the same way about Maty Noyes’ latest. “London” and “In My Mind” were great, but “Say It To My Face” is bolder, brighter and more instant. Let’s hope radio plays along.

If you’re looking for something a little more left-of-center, St. Vincent follows up “New York” with a pulsating anthem called “Los Ageless.” This is a throwback to the grimier sound of her last album — complete with squelchy, industrial beats and the kind of biting lyricism that Annie Clark does better than anyone. Another indie-pop queen with new music is Lenka. She caught lightning in a bottle with “The Show” back in 2008 and has been quietly churning out gems ever since. “Heal,” her latest, is a blissfully mellow ditty that burrows deeper under your skin with each listen.

Now for some newcomers. FINNEAS launches today with the sublime “I’m In Love Without You.” As you might already know, he Billie Eilish’s older brother and has produced most of her singles (“Six Feet Under,” “Ocean Eyes,” “Bored” etc). His debut is softer and sadder than his sister’s music, but equally sparse and beautiful. Another singer releasing their first track this week is Anna Leone. The 19-year-old Swede has already been tipped as One To Watch by many and it’s no surprise given the quality of “My Soul I” — an impossibly gorgeous, otherworldly ballad.

Let’s wind up with a couple of remixes. Steve Aoki mashes together Linkin Park’s “Darker Than Blood” and “The Light That Never Comes” into a festival-ready floorfiller called “Darker Than the Light That Never Bleeds.” It’s dedicated to the memory of Chester Bennington and raises money for his charity Music For Relief. Decidedly less heavy but still intensely emo in its own way is the Valley Girl remix of Leland’s “Mattress.” The singer/songwriter is joined by Allie X on the most relatable of bops about being friend-zoned. Listen to it in my playlist below.