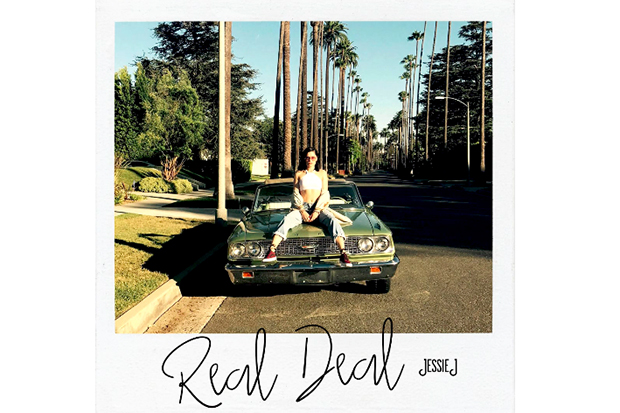 Jessie J revealed that she’s releasing a new project called R.O.S.E. (it stands for Realizations, Obsessions, Sex and Empowerment) in a sprawling video. Seriously, this thing feels longer Interstellar. “I tried to stop and I didn’t know how to because it’s impossible to walk away from true love. Art, emotion, lyrics, music, feeling is what I need to survive,” the Brit says of her self-imposed exile from the music industry while walking serenely through a wheat field. “I don’t do this because I want to do it, I do it because I have to.”

“I lost my passion to create, to draw a line between business and art,” she continues, referring to 2014’s underwhelming and impersonal Sweet Talker. “I’d fallen into darkness and allowed myself to be led by fear. The fear was keeping other people happy who didn’t ever care about me and I was running deeper into something and someone I wasn’t.” Jessie clearly read every self-help book in the library because she came to some very zen conclusions. “The music I said I didn’t want to make is what brought me back to life,” she muses.

“The anger, the honest, the heartache, the pain, the joy, the strength, the love, it all happened for a reason.” Towards the end of the visual, which includes more posing than a season of America’s Next Top Model, she finally mentions R.O.S.E.. “For each letter there is a word and for each word there’s a song I will share with you,” the “Bang Bang” diva elaborates. “I’m strong enough now to let you in, to be real and to be free. A rose is at it’s most beautiful when it’s budding new. I rose above the pain.” Ok, hun. That’s enough.

From the video, it sounds like R.O.S.E. might be a four-track EP, however, she refers to it as an album on her Instagram. Jessie previously revealed that her new music was exclusively produced by DJ Camper and was a return to the sound of her debut album. “From the ages 25-30, you learn so much and grow as a person. You become who you’re going to be for a long time. I’ve also enjoyed the process of just getting back to songwriting on my own,” she told Billboard. “It’s a piece of music as opposed to singles and album fillers.”

Watch Jessie’s video in four installments below or head over to her site for the full thing.

Are you excited for Jessie J’s new era? Let us know below, or by hitting us up on Facebook and Twitter!