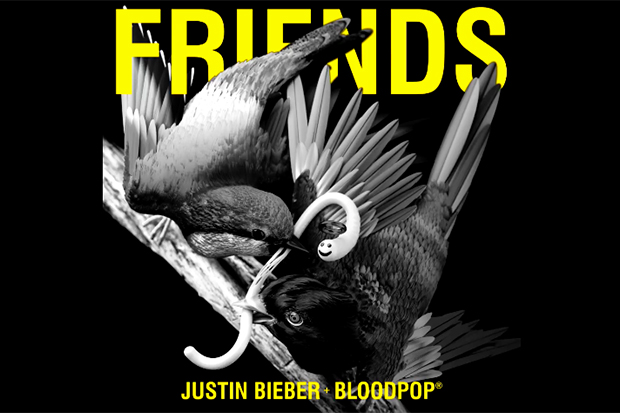 Well, here’s some amusing content for hump day! Marilyn Manson describes Justin Bieber in less than flattering terms in a new interview with Consequence Of Sound. The source of his discontent? A t-shirt Justin wore emblazoned with the goth icon’s face. “He was [already] wearing the shirt that had his name on my shirt, and he said to me, ‘I made you relevant again.'” That didn’t go down too well. “Bad mistake to say to me.” So the “Disposable Teens” hitmaker decided to get his revenge.

“The next day I told him I’d be at his soundcheck at Staples Center to do ‘Beautiful People’,” Manson remembers. Only he had no intention of following through. “He believed that I’d show up, because he was that stupid.” The rocker, who is releasing his 10th LP on October 6, wasn’t done with the shade just yet. “He was a real piece of shit in the way he had the arrogance to say that,” he continues. “He was a real touchy-feely guy, too, like, ‘yo yo bro!’ and touches you when he’s talking. I’m like, you need to stand down, you’re dick height on me, ok? (laughs) Alright? So stand down, son.”

Process this amazing anecdote while listening to Marilyn Manson’s new single, “We Know Where You Fucking Live,” below.

Do you agree with the rocker’s assessment? Let us know below, or by hitting us up on Facebook and Twitter!