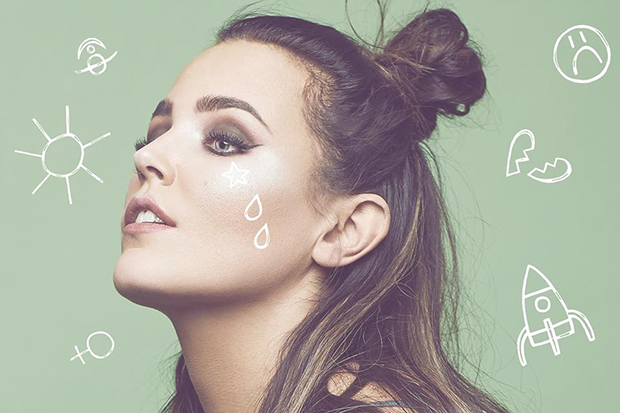 Fridays can be overwhelming for pop fans. Every week you’re bombarded with a glut of new music, which can lead to ear candy falling through the cracks. I’m hoping to circumvent that tragic scenario with The Drop — a cheat sheet (of sorts) to get you through New Music Friday. By now, you have probably heard Niall Horan’s iTunes-topping “Too Much To Ask” and possibly checked out Nick Jonas’ brooding “Find You.” R&B icon Toni Braxton is also in the mix this week with “Deadwood.” But that’s still just the tip of the iceberg.

Let’s start with a couple of Swedes. Tove Styrke already has one of the best pop songs of 2017 under her belt with the infectious “Say My Name,” but she ups the ante even further with “Mistakes.” If you’re looking with euphoric electro-pop with relatable lyrics and a massive chorus, this is the song for you. LEON occupied a similar space when she emerged with viral hit “Tired Of Talking.” However, she has since veered into soulful pop — dropping exquisite ballads like “Surround Me” and “Think About You.” Her latest, “I Believe In Us,” could be her prettiest yet.

Speaking of soulful songbirds, LA-based Geneva White is generating huge buzz with her dreamy, retro-R&B anthems. Her new single, “So Good To You,” falls somewhere between Duffy and Bonnie Raitt — which is obviously a very good thing. She is definitely One To Watch. Sara Bareilles, on the other hand, has nothing left to prove. She blesses New Music Friday with an empowering jam (i.e. her speciality) called “If I Dare,” taken from The Battle Of The Sexes soundtrack.

If you’re after something a little more upbeat, look no further than Craig David’s “Heartline.” Since making a welcome comeback with club collaborations “When The Bassline Drops” and “Nothing Like This,” the Y2K R&B veteran has gone from strength to strength. The first taste of his 7th LP was produced by Jonas Blue and has the potential to be a massive fall anthem. Alex Aiono’s “Does It Feel Like Falling” is a similarly pleasing blend of club music and R&B. This could very well be the 21-year-old’s first radio hit.

The bops continue with Hannah Jane Lewis’ “Raincheck.” The Brit is a loud and proud pop fan, citing Britney Spears, Christina Aguilera and Gwen Stefani as major influences. That dedication to bright, frothy pop comes through on her cute and catchy “Raincheck,” a dance/pop anthem about taking things slowly. More, please! Norway’s Alan Walker needs no introduction, landing one of the biggest streaming hits of all time with “Faded.” Like that smash, “The Spectre” is a vocal version of a viral instrumental and is destined to be huge.

Parade Of Lights’ new single “Victorious” lives up to its title. Like their last single “Touch,” this is synth-drenched pop/rock with a giant hands-in-the-air chorus. It lands somewhere between WALK THE MOON and Bleachers without owing a debt to either. While they stick with their signature sound, R5 steps well and truly outside the box on “Hurts Good.” In any case, it’s vastly different from the bright pop/rock of their two studio albums. This is bass-heavy banger with a massive drop and alt-leaning production. I’m here for it.

Next up is BANNERS, a Brit who made a huge impression with the widescreen pop/rock of his self-titled debut EP in 2016. He returns today with “Firefly” and it represents something of a change of pace with its zippy synths and loved-up lyrics. It took a minute to process his new sound, but by the end of the song I was completely on board. Another artist making a welcome return is David Gray. “Hole In The Weather” is a charming addition to the White Ladder singer/songwriter’s folktronica-heavy discography.

It was also a good week for indie-pop/rock concoctions. Now, Now returned after a five year break with one of my favorite singles of the year. From the soaring chorus to starry-eyed production, “SGL” has all the ingredients of a crossover hit. Their latest, “Yours,” is every bit as multi-layered and gorgeous. The duo’s new project is going to be something else. South California’s Wallows has a slightly grungier sound, but their music also has immense shoe-gazing appeal. “Uncomfortable” is a delightfully depressing riot of guitars and layered vocals. keep an eye/ear on them.

How about a little hip-hop? NF has quietly amassed a loyal following with his autobiographical anthems and grassroots marketing. The Michigan rapper is due for a major commercial breakthrough and “Let You Down” could be the song that does it. This is one of the canniest blends of a pop hook and rapped verses since Eminem spliced Dido’s “Thank You” into “Stan.” While NF is due to a massive hit, Post Malone already had one with “White Iverson.” His debut LP set all kinds of streaming records and the follow-up, Beerbongs & Bentleys is going to be even bigger if “Rockstar” is any indication.

Speaking of Post Malone, the 22-year-old is one of a trio of rising stars on Lorde’s killer “Homemade Dynamite” remix. The highlight of her Melodrama LP sounds even better with verses from the rapper, SZA and Khalid. This is a rare example of a remix improving on the original. I think that also applies to VERITE’s “Saint,” which gets a mellow overhaul from Australian band Tigertown. The new soundscape allows the rising star’s songwriting to emotional vocal to shine while also incorporating a cute drop. Check it out in my playlist below.