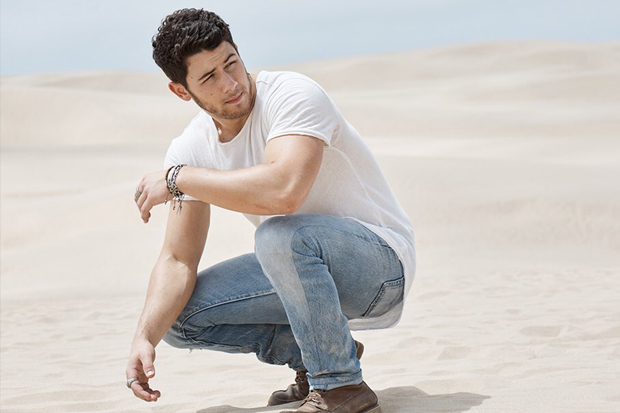 Nick Jonas relaunched last week with “Find You,” a pleasing addition to the growing canon of acoustic guitar-laced EDM bangers. (Take a bow, Avicii and Robin Schulz). After exploring soulful pop on his self-titled debut and dabbling in club sounds on the follow-up, the hitmaker’s latest falls somewhere in the middle. It doesn’t grab you by the balls like “Jealous” or chase the cool factor as ruthlessly as “Close,” but “Find You” charms its way further into your consciousness with each listen.

From the teasers, it looked like Nick was serving a simple desert-themed video for the song. Which seemed appropriate given its laid-back vibe and forlorn lyrics. However, director Emil Nava had something else in mind. After wandering around the sand dunes of Pismo Beach, California, the 25-year-old stumbles upon a beach rave and then randomly drives a sports car along the pristine shoreline. There’s a bit of emo-posing by a campfire, before things get really weird when he dives into the waves for some underwater love. Maybe it’s all a mirage? Watch up top.

Thank you LA for last night. #FindYou is out now and I couldn't be happier 😎