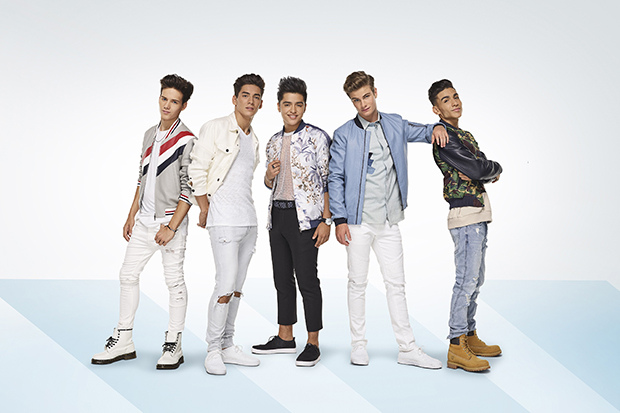 We speak to In Real Life about their debut single 'Eyes Closed.'
MORE >>

Comprised of the five finalists on ABC’s pragmatically-titled Boy Band, In Real Life came out swinging with their debut single. Co-written by Justin Tranter and produced by JUSSIFER, “Eyes Closed” is an instantly-catchy anthem with a cute chorus and tight harmonies. The song soared straight into the top 10 on iTunes when it was released in late August and places the quintet at the forefront of the boyband resurgence spearheaded by newcomers like PrettyMuch, Why Don’t We and Forever In Your Eyes.

The guys dropped the video for “Eyes Closed” over the weekend and it’s a glossy affair that finds them performing in front of flashing lights. The budding hitmakers then head to an LA rooftop to entertain frenzied fans. (Note their matching outfits and the rapped verse towards the end). What’s next for In Real Life? “We were actually in the studio two days ago recording another song,” Michael Conor revealed during our interview. “We’re recording a holiday single for the holidays. Obviously.” Watch them in action up top.

Incredible night – we just debuted our first ever music video in Times Square. Thank you to our #Lifelines for making this possible!! #EyesClosed