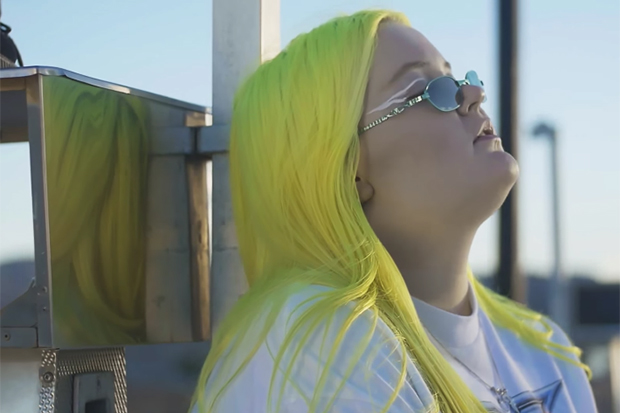 Sweden and Norway generate most of Scandinavia’s pop exports, but Finland is now in the mix courtesy of ALMA’s breakout success. The 21-year-old first generated buzz last year when “Dye My Hair” exploded on Spotify in 2016 and charted across Europe. She proved it was no fluke by repeating the feat with //www.idolator.com/7660435/alma-chasing-highs-video“Chasing Highs” earlier this year. The euphoric bop has already racked up 55 million streams and established her as One To Watch. The neon-haired diva is now ready to land her first US hit with “Phases.”

Co-written by Charli XCX and produced by Charlie Handsome, “Phases” introduces a sheen of urban credibility to the newcomer’s sound via a surprise feature from French Montana. However, this remains true to ALMA’s synth-drenched, party sound and no-holds-barred lyrical approach. “We got too drunk, we got too high, fell in love when we were faded,” the Finn sings dismissively on the catchy chorus. “Don’t make this complicated, you were just one of my phases.” She then drives the point home. “I’m sorry if I hurt you, I just don’t like you like that.” Fair enough.

Listen to the feisty, oddly relatable anthem below.

Do you you love the song? Let us know below, or by hitting us up on Facebook and Twitter!