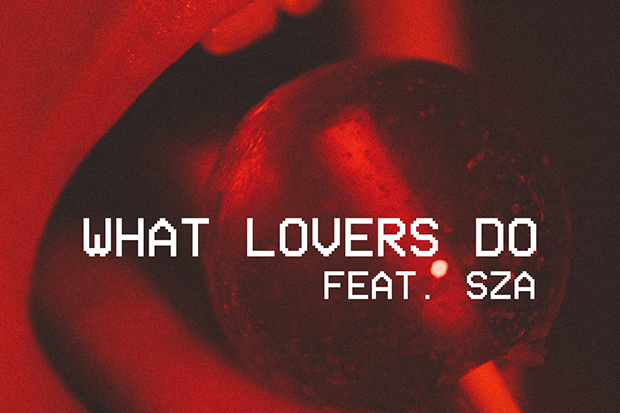 Maroon 5 and SZA's perky 'What Lovers Do' sounds like a smash hit.
MORE >>

Maroon 5’s reign as music’s most reliable chart force shows no sign of letting up. The veteran band has another smash on their hands with “What Lovers Do,” an irresistibly upbeat bop featuring SZA. Written by Starrah and produced by Jason Evigan & Ben Billions, the earworm is already top 10 on iTunes and exploding at radio. All it needs is a viral video to rack up those all-important streams and the guys come through with a mind-bending clip from visionary director/Taylor Swift spokesman Joseph Kahn.

Adam Levine & Co. are always willing to go the extra mile in the pursuit of an epic visual, which has resulted in hits (“Animals” & “Sugar”) and misses (let’s pretend “Cold” never happened). “What Lovers Do” is definitely one of the former. The surreal video begins with a pair of children playing in a land dotted with singing animals and flowers, before adult Adam and SZA get their romance on via couples jet-skiing and surfing. There’s also a little gambling and a stay in hospital. The video references several cult movies and is a pop culture geek’s wet dream. Watch up top.