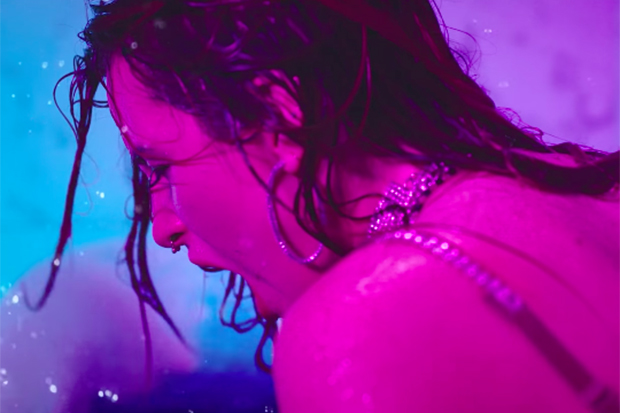 Bella Thorne’s reputation as pop culture’s new bad girl is cemented with a sexy shoot for GQ Mexico. The actress (and occasional singer) strips off for the magazine — exposing her pierced nipple on the cover and posing naked in a couple of pics. It’s all very chic and sophisticated, and not that much more explicit than what you would see on the 19-year-old’s rowdy Instagram (below). The accompanying interview is in Spanish, but hopefully she said something about new music because I need the follow-up to “Just Call.”

At one point, the double threat was primed to be Disney’s next pop princess and she got off to a promising start with perky pop song, “Call It Whatever.” The talented teen backed it up with an EP called Jersey, which featured songwriting contributions from Charli XCX and Bebe Rexha. However, she finally found her electro-pop sound by jumping on Prince Fox’s summer anthem “Just Call.” Click through Bella’s eye-popping GQ shoot up top.

In this moment I am happy 💔