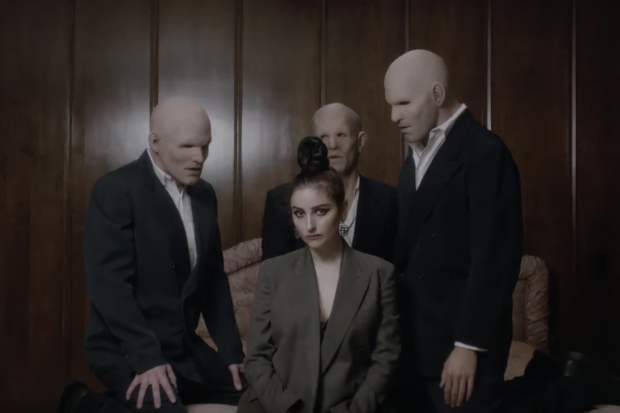 BANKS continues to ride the creepwave with the latest visual from 'The Altar.'
MORE >>

Well, here’s an unexpected treat for your Thursday! BANKS dropped a new track called “Underdog” and it’s surprisingly upbeat. While this is probably the closest she will ever get to perky electro-pop, the track still has roots in the 29-year-old’s quirky, alt-leaning world. (I mean, she literally barks in the chorus). “Your drunken words were honest and maybe you worry,” the “Trainwreck” singer coos over squelchy synths. “They came out like a faucet, and dripping with words still spraying but you came back as the underdog.”

It’s catchy, full of glorious pop hooks and undeniably feel-good. Adjectives that I wouldn’t necessarily use when describing BANKS’ music. I’m not sure if “Underdog” is the first taste of her third album (a year has passed since The Altar) or just a random gift for fans, but it’s definitely worth four and a half minutes of your time. The singer/songwriter is currently winding up her North American tour, before heading to Europe for a string of dates. Hopefully, she adds “Underdog” to the setlist. Listen below.