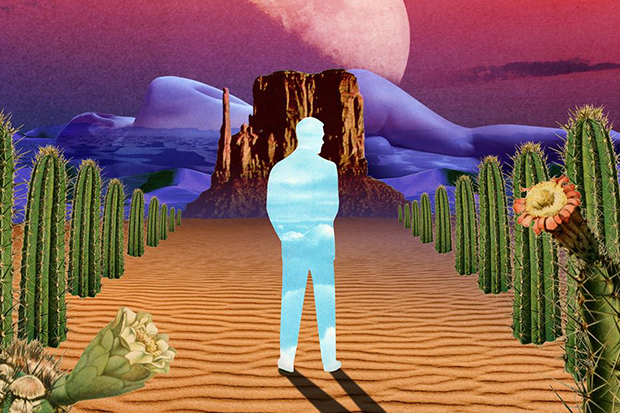 Your guide to New Music Friday featuring bops from WALK THE MOON and Noah Cyrus.
MORE >>

Fridays can be overwhelming for pop fans. Every week you’re bombarded with a glut of new music, which can lead to ear candy falling through the cracks. I’m hoping to circumvent that tragic scenario with The Drop — a cheat sheet (of sorts) to get you through New Music Friday. By now, you might have heard Avril Lavigne’s surprise feature on Grey’s “Clipped Wings” and possibly checked out Bank’s refreshingly upbeat “Underdog.” But that’s still just the tip of the iceberg.

Let’s start with a pair of fearless female artists. FLETCHER made waves in 2015 with the dense, organic pop of “War Paint” and “Live Young Die Free.” She switches things up, however, on “You Should Talk.” The 23-year-old experiments with synths and hip-hop beats without loosing any of the warmth or intimacy of her debut EP. Speaking of sonic overhauls, Demi Lovato won the battle of the ex-acts by embracing a slinky, soulful sound on Tell Me You Love Me. The highlight, “Ruin The Friendship,” is a revelation.

How do you follow up a career-changing song? That’s the situation ROZES and Era Istrefi find themselves in. The former landed a top 10 hit in 2015 as the voice of The Chainsmokers’ “Roses.” She has released a string of singles and features since then, but “Famous” feels like it could be the song. Produced by Captain Cuts, this has all the ingredients of a radio hit. The same goes for Era’s catchy “No I Love Yous.” After going viral with the iconic “Bonbon”, the Albanian diva showed off her alt-pop chops on “Redrum.” She now tackles urban music — complete with a feature from French Montana.

Looking for something a little less mainstream? LA’s Elohim follows up a killer feature on Wethan’s “Sleepy Eyes” with a gorgeous electro-pop concoction called “The Wave.” It pairs intricate, multi-layered production with pretty melodies and a pleasing DIY sensibility. TRACE’s “You Don’t Know Me” is equally intoxicating. The Los Angeles singer/songwriter realizes that her lover is not the one over sparse synths and hip-hop beats. The production is lovely, but the real revelation is her voice. TRACE is definitely One To Watch.

As usual, some of the week’s best pop comes from Sweden (or at least has a Swedish connection). Avante Black, a London-based outfit fronted by Stockholm’s own Ottilia Zimmerman Kjulsten, dropped one of my favorite pop songs of 2016 with the brilliant “Drug Money.” They return with “Acid Love,” a sugar rush of an alt-pop song that takes full control of your senses for four minutes. Where’s their EP? With viral hits like “My Silver Lining,” “Wolf” and “Emmylou,” First Aid Kit needs no introduction. The folk duo continues rolling out songs from their 4th album with “It’s A Shame,” an all-too-relatable ditty about feeling sad and lonely in Los Angeles.

How about some Latin vibes for your Friday? Beyonce broke the internet (and iTunes) by dropping a surprise remix of J Balvin & Willy Willam’s “Mi Gente,” a furious banger that was already shaping up to be the next “Despacito.” The new version, which was helmed by Boots, not only raises money for charity but also delivers spitfire verses from Queen Bey in two languages. Another diva dabbling in Latin-pop is Jessie Ware. “Egoista,” a Spanish version of “Selfish Love,” is absolutely enchanting. To be honest, I prefer it to the original.

Next up are a couple of gems produced by Felix Snow. The first belongs to CYN, a newcomer who first appeared on my radar in July when she signed with Katy Perry’s Unsub Records. She made a great first impression with the light and airy “Together,” but “Only With You” takes it to the next level. It’s easy to be overwhelmed by the Bop King’s trademark bleeps and beeps, but CYN’s songwriting and sweet vocals more than hold their own. Speaking of Felix, he is also celebrating the release of Terror Jr’s Bop City 3: The Girl Who Cried Purple. Every song is a winner but the standout is probably “Fight And Fuck,” which is a lot more vulnerable than the title suggests.

Speaking of bops, PRETTYMUCH delivers another one with “Teacher.” The boy band, who was brought together by Simon Cowell, came out swinging with the ’90s-referencing “Would You Mind.” The quintet’s latest anthem, however, is firmly rooted in the here and now, and promises good things for their debut EP. Another earworm comes from artist/producer Mokita. He teams up with Maty Noyes for a clever rework of Third Eye Blind’s ’90s classic “Semi-Charmed Life” — complete with a drop. It sounds like a terrible idea, but trust me it works.

It has been a banner week for female artists, but the guys held their own. (Perhaps not the best choice of words). BØRNS’ sophomore album is shaping up to be something special with retro pop/rock of lead single “Faded Love” and the gloriously-disjointed disco of new single “Sweet Dreams.” Another artist that defies genre is Lawrence Rothman. The newcomer with the golden pipes wrote “Stand By” after struggling to come out to his dad. It’s raw, honest pop at its best. Sam Smith also gives some insight into the gay experience to “Too Good At Goodbyes.” His hit ballad gets remixed by Galantis. Listen to it in my playlist below.