Should Have Been Bigger: Gwen Stefani’s “Early Winter” 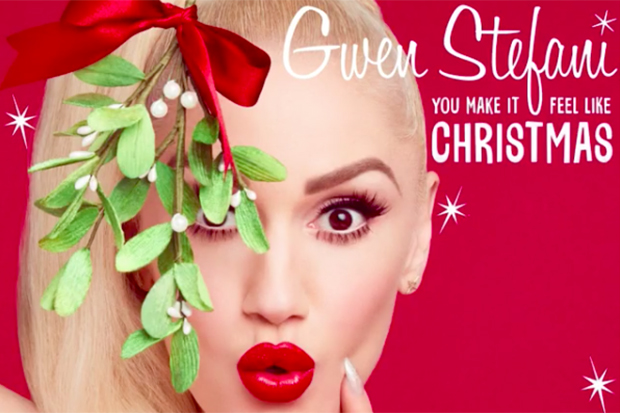 Gwen Stefani cemented her status as pop’s cool girl with sophomore LP, The Sweet Escape, in 2006. Two years after taking a hiatus from No Doubt to drop her mega-selling debut album, the “Hollaback Girl” hitmaker continued to effortlessly blend genres on the follow-up.

She racked up two more top 10 hits out of the gate with the project’s lead single “Wind It Up” and the Akon-assisted title track. The former featured an unhinged hip-hop production courtesy of The Neptunes and interpolated The Sound of Music’s classic “The Lonely Goatherd,” while the latter was a mid-tempo bop that lives on as one of Gwen’s most timeless anthems. Subsequent singles didn’t perform as well but she still had an ace up her sleeve, album highlight “Early Winter.”

An ’80s-influenced break-up ballad with synth-pop production from Nelle Hooper and Stent, the track seems to detail struggles with then-husband Gavin Rossdale. “The sun’s getting colder, it’s snowing. Looks like an early winter for us,” Gwen laments, equating the changing of the seasons to the end of her relationship. “I always was, always was one for crying. I was always one for tears. No, I never was, never was one for lying. You lied to me all of these years,” she adds on the chorus which alluded to infidelity and revealed the extent of her heartbreak.

Gwen teamed up with frequent collaborator Sohpie Muller to shoot the artful music video, which opens with a tense exchange between lovers. Dressed in a series of stunning gowns, she dances around in a storm of red feathers that represent the passion the duo shared. Things get a little depressing as the feathers turn white and wash away the joyful past. As the visual comes to a close, the 48-year-old runs away from the storm and disappears as things go out of focus.

Despite being a fan favorite and garnering rave reviews, the song never had a chance. After the album’s fourth single, “Now That You Got It,” underperformed, “Early Winter” received a limited release that focused on select European markets. The track found some traction in Switzerland and Germany, but it missed most charts entirely. Without any promotional efforts in America, it didn’t come close to the Billboard Hot 100. However, the ballad was a fixture on her The Sweet Escape Tour and lives on as one of her most underrated songs.

Nearly 10 years later, Gwen is returning to the frosty season; however, this time around she’s beating the deep freeze with a heart that is open to love. As she gears up to release her holiday album You Make It Feel Like Christmas, she does so with the support of her new boyfriend Blake Shelton. The pair teamed up for the album’s title track, a rollicking bop that has the potential to become a timeless holiday anthem.

“It barely took a breath to realize that we’re going to be a classic for a long time,” she breathily coos over a country-tinged production. It is a sharp departure from her mournful lamentations on the previous hit and a welcome reminder that she has found her happy ending. Revisit her heartbreaking ballad below.

Is this one of Gwen’s most underrated singles? Let us know below, or by hitting us up on Facebook and Twitter!