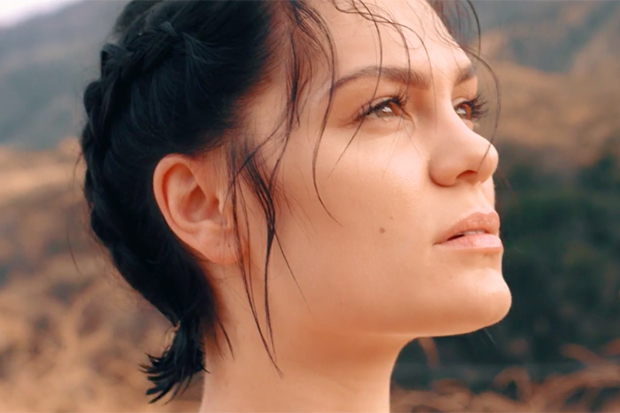 Jessie J has been threatening to release new music for the better part of a year now. Last month, she came good on that ominous promise by announcing the title of her fourth LP, R.O.S.E., and sharing the lead single, “Think About That.” The sprawling effort saw the UK diva doing the absolute most in an attempt to kick start the era, but the effort did not resonate as well as expected. Today (October 6), she may be able to redeem herself with the unveiling of her sparse new buzz track, “Not My Ex.”

“My ex used to tell me I’m flawless when laying low with all the girls,” the 29-year-old forlornly announces over a soulful production courtesy of DJ Camper. Although she has been burned in the past, she is preparing to try again with a new flame. “Now you wanna love me, who knows what you’ll find. It won’t be easy, but I’m down for the ride,” she earnestly croons before falling further in love on the chorus. It is a mature effort that manages to consider the pain of a broken heart without becoming cynical or giving up.

“Not My Ex” is a much stronger offering from the “Bang Bang” siren, and it manages to avoid many pitfalls that tend to plague her projects. The lyrics are earnest without feeling preachy, and the big-voiced siren manages to emote nicely without bellowing so loudly that you’re deafened after listening. The track also displays the honesty and maturity that she’d promised in an interview with Billboard earlier this year. “I’m speaking on issues that a 29-year-old goes through which is different from what I’ve sung about in the past,” she promised.

Sonically, Jessie is comparing R.O.S.E. to 2011’s Who You Are, which featured some of her defining hits like “Do It Like A Dude,” “Domino” and “Price Tag.” Hopefully she’s able to recapture some of that magic moving forward. As it stands, “Not My Ex” is a solid effort and a step in the right direction. Give the track a spin below.

Are you a fan? Let us know below, or by hitting us up on Facebook and Twitter!