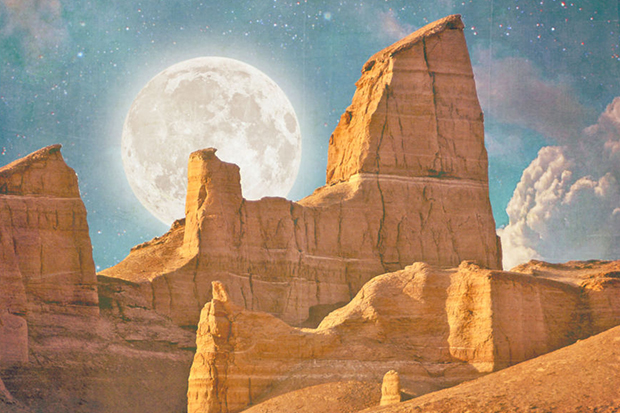 Fridays can be overwhelming for pop fans. Every week you’re bombarded with a glut of new music, which can lead to ear candy falling through the cracks. I’m hoping to circumvent that tragic scenario with The Drop — a cheat sheet (of sorts) to get you through New Music Friday. By now, you have probably heard Sam Smith’s soaring ballad “Pray” and possibly bopped along to Charlie Puth’s infectious “How Long.” But that’s still just the tip of the iceberg.

Let’s star with a pair of rising stars with breezy bangers. LAUV is on tear, landing two massive streaming hits in a row with “The Other” and “I Like Me Better” (100 million and 200 million plays, respectively). The 23-year-old should make it three it a row with “Easy Love” — a wavy bop about the temporary insanity otherwise known as love. Jordan Fisher explores a similar vibe on “Mess.” The Disney singer/actor landed pop radio hits with “All About Us” and “Lookin’ Like That” in 2016, but this is catchier and more credible. It could be big.

How about some earnest singer/songwriter fare? Lewis Capaldi is generating huge buzz with “Fade.” Produced by Malay (Frank Ocean’s long-time collaborator), the emotional ballad showcases the 20-year-old Scot’s powerful pipes and knack for insightful lyrics. It goes without saying that he’s One To Watch. One year younger, but a three-year veteran of the music industry is James TW. The teenager’s new single is called “For You” and falls somewhere between Ed Sheeran and John Mayer on the instantly-hummable, guitar-pop spectrum.

Speaking of introspective anthems, Maroon 5 leaves the party jams behind on “Help Me Out.” A collaboration with Julia Michaels, the Red Pill Blues buzz track has her fingerprints all over it — from the minimal production to the simple, but ultimately consuming chorus. Another singer/songwriter with a moody bop is Phoebe Ryan. She rolls out “James Has Changed,” a winsome break-up song littered with relatable anecdotes and witty one-liners. It’s the latest single from her upcoming James EP, which details the end of a relationship and drops October 27.

Whissell has been on my radar since the arrival of her outrageously good, swamp-pop anthem “Get Free.” Since then, the Florida chanteuse has dabbled in soulful balladry on “Mine” and southern rock on “Pain Of Love.” She takes a tentative step towards upbeat pop on “Wild Animals” and it really suits her. Another rising diva to keep an eye on is Ghita. She follows up viral hit “How Low” with “Mindfvck,” a feisty and infinitely relatable banger co-written by Jesse Saint John (the “Move” icon also had a hand in LAUV’s “Easy Love”), Francci and Peter Hanna. This is a tune.

Looking for a mainstream pop fix? Rachel Platten distances herself from the inspirational balladry of “Fight Song” on the second single from Waves. She signaled her intent to explore a bolder pop sound on lead single, “Broken Glass,” but this takes it a step further with a throbbing bass-line, spoken verses and shouty hooks. Pink, on the other hand, stays in her pop/rock comfort zone on moving ballad “Whatever You Want.” This is my favorite song (thus far) from the pop legend’s upcoming Beautiful Trauma LP.

As usual, some of the week’s best pop comes from Scandinavia. LEON drops her second EP, Surround Me, today and it’s a testament to her growth as a songwriter and vocalist since 2015’s Treasure. She has effortlessly transitioned to a more organic, soulful sound as the sublime “No Goodbyes” attests. This gives me Adele (circa 21) vibes. Blondage’s “Call It Off” is also a break-up anthem, but the Danish duo takes a very different approach on the bonkers electro-pop song. It’s a little SOPHIE, a little Scandi-pop and extremely addictive.

The Aussies also had a good week. Nicole Millar made a huge impression in 2016 with her Tremble and Communication EPs, establishing herself as an electro-pop diva to watch. She comes good on that promise with “Blindfolded.” Produced by Kilter, this pairs the Sydney singer’s breathy vocals with crashing synths and a monster chorus. It could be her ticket to a much larger international following. Something that Tash Sultana already enjoys. She blesses New Music Friday with a track called “Mystik,” which exudes mystery and atmosphere. As usual, she played every instrument on the song.

Another Australian with a hot track is Hayden James. He broke big in 2015 with slinky, ’90s-evoking floorfiller “Something About You” and then popped up again earlier this year as one of the producers on Katy Perry’s Witness. (He helmed album highlight “Deja Vu”). His latest is called “Numb” and it’s an icy banger with silky synths and a hearty drop. More upbeat is Gryffin’s loved-up “Nobody Compares To You.” Like “Love In Ruins,” the LA-based DJ’s new single is a melodic banger with an ambient quality and strong pop sensibility. This sounds like a hit.

Let’s sail into the weekend with a pair of fun floorfillers. Felix Jaehn landed a worldwide hit with his remix of OMI’s “Cheerleader” in 2014 and has been churning out club-conquering bangers ever since. His latest, “Like A Riddle,” has an Avicii-like folk quality to it that is complimented with ’90s house keys and horns. It takes one listen to get lodged in your brain. The same goes for Gazzo’s “Good Ol’ Boys.” A collaboration with American Authors, the dance/rock hybrid is a nostalgic anthem with a sing-along chorus. It had me at the Third Eye Blind reference. Listen to it in my playlist below.