Sophia Grace Tackles Bullying On New Banger “Why U Mad” 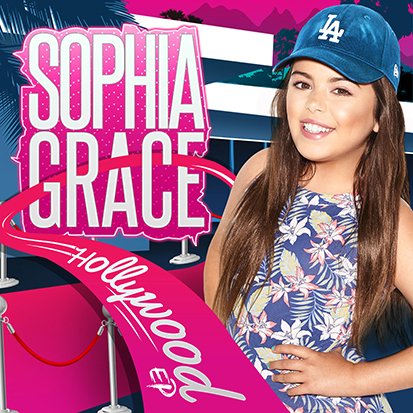 Queen of clubs Sophia Grace returns with a banger about the City of Angels.
MORE >>

Since going viral on YouTube alongside her cousin Rosie in 2012, Sophia Grace has appeared on some of the fiercest teen-pop productions in recent memory. Earlier this year, she unleashed an EP worth of bops, and today (October 13) she returns with a new single called “Why U Mad.” The track sees the 14-year-old teaming up with London production duo Da Beat Freakz for a fiery fuck-you to online bullies. Unsurprisingly, it is another outrageously fun and age-appropriate effort.

“You keep talking ’bout me, still I bring the fire,” she proclaims over a danceable beat. The budding hitmaker showcases her full vocal range and delivers an adorably fierce rapped verse. Frank Gaston signed on to direct the accompanying music video, which sees the young pop princess and a team of friends throwing a rainbow bright dance party to avoid the haters. It’s a high-energy production and promises big things from the up and comer.

Sophia Grace explained that the track is meant to inspire anyone who has ever experienced bullying. “Having been in the spotlight since I was very young, I know all about the negative comments and abuse you get from people online,” she said in a press release. “‘Why U Mad’ is my message to those people, and to anyone who’s experienced anything similar — hold your head up high, be proud of who you are, and don’t let the bullies get you down.” Watch the video below.

Do you love it? Let us know below, or by hitting us up on Facebook and Twitter!