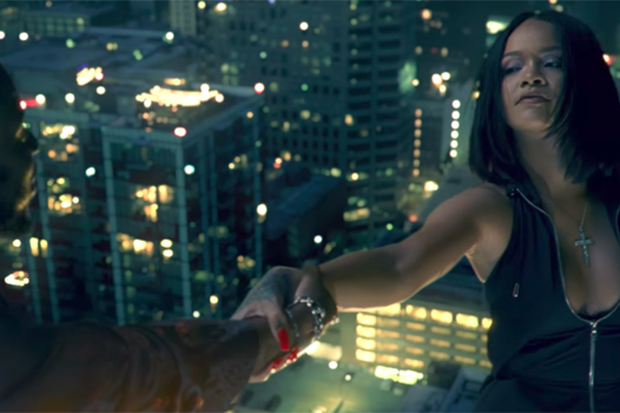 Kendrick Lamar is in another league visually as he proves with his 'Loyalty' video.
MORE >>

N.E.R.D makes up for lost time after a seven-year hiatus. The trio returns with “Lemon,” a bone-rattling banger featuring Rihanna. However, this is your typical RiRi cameo. Instead of singing the hook, she raps a couple of verses. “I get it how I live it, I live it how I get,” she spits over the group’s forward-thinking beats. “Count the mothafuckin’ digits, I pull up with a lemon.” From there the hitmaker raps about the paparazzi and brags about luxury cars (among other things).

The other verses are handled by Pharrell, who raps about everything from T.I. to New York Giants quarterback Eli Manning. “Lemon” is the first single from N.E.R.D’s new project, No_One Ever Really Dies. There’s no release date as yet, but it looks like the group isn’t playing if this earworm is any indication. They also dropped a video, which finds Rih shaving a woman’s head. The newly-bald diva then shows off some fancy footwork courtesy of choreographer JaQuel Knight. Watch up top.

tell da paparazzi get the lens right. @NERD. LEMON is out now!! Watch the tutorial at smarturl.it/lemonvid #NoOneEverReallyDies @pharrell