Kesha Delivered The Best Performance At The MTV EMAs 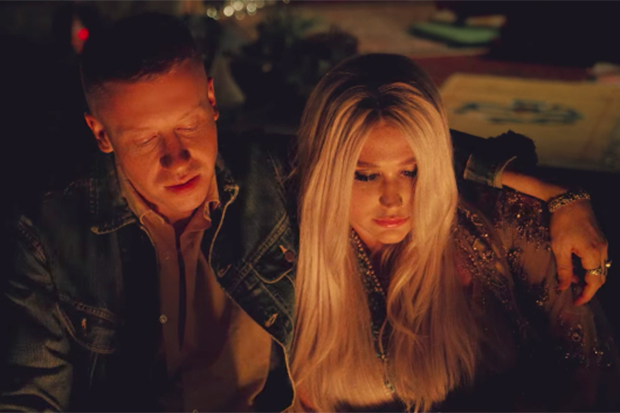 The MTV EMAs were held in London last night (November 12) and, apart from Rita Ora’s stunt queen antics, it was largely forgettable. With one exception. Kesha reminded us how raw, powerful and honest pop can be with a rowdy rendition of “Learn To Let Go.” The 30-year-old did away with the usual cliches (sexy costumes, distracting props and mindless choreography), rocking the stage in a glittery, ’70s-inspired pantsuit and mini cape. She then did what she does back — rock out.

The staging was particularly inspired. A river of rainbow-colored light cut through an otherwise dark stage, echoing the hitmaker’s message of letting the light in. It was the perfect backdrop for the latest step in Kesha’s pop-saving comeback. By performing the Ricky Reed-produced anthem, it’s pretty clear that “Learn To Let Go” will be rolled out as the second official single from Rainbow. “Praying” is still climbing on pop radio, but it’s almost time to move on — and this upbeat, sing-along musical affirmation is the perfect choice. Watch up top.

Did you get your pretty paws on my vinyl yet?? link in bio ✨