Should Have Been Bigger: Carly Rae Jepsen’s “Run Away With Me” 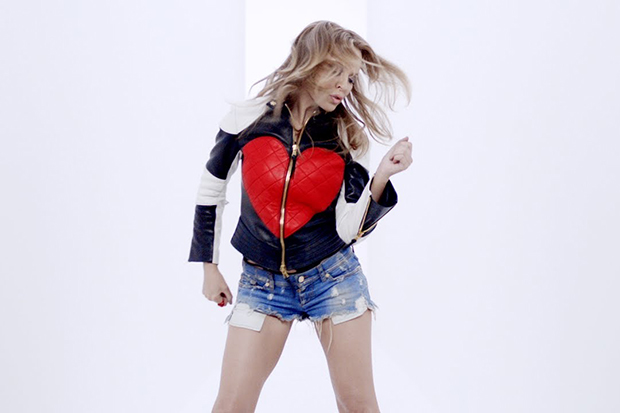 In 2015 Carly Rae Jepsen released her career-defining opus, Emotion. After dominating pop music with 2011’s “Call Me Maybe,” the Canadian hitmaker seemed destined for big things. Her 2012 album, Kiss, cashed in on saccharine productions and addictive hooks. However, it catered to a younger audience of pop listeners and failed to spawn a second massive hit. When she returned to the scene with Emotion, she redefined her sound and helped drive pop in a new direction.

The album’s lead single, “I Really Like You” attempted to recreate the instantly iconic chorus of her breakout single. After a years-long absence from radio, Carly’s team were hungry for a quick hit. They returned to what had previously been a winning formula and teased fans with a youthful bop. Although the single failed to recreate the viral success of its predecessor, it still became a respectable top 40 hit.

If the album’s first single felt a little reductive, the followup would define Emotion. Teaming up with Mattman & Robin, Shellback, Oscar Holter and Jonnali Parmenius, Carly travelled back to the ’80s and struck synth pop gold on “Run Away With Me.” Opening with a distinctive synth line, the track evolved into a sprawling and besotted love song.

“You’re stuck in my head, stuck on my heart, stuck in my body, body. I wanna go, get outta here. I’m sick of the party, party. I’d run away. I’d run away with you,” she chants over exuberant production on the opening verse. The irresistible production builds under Carly’s warm vocals. Synths shimmer and the beat races forward before everything drops out only to come back harder than ever on the chorus. Lovingly crafted and dynamically layered, the single was heralded as one of the best releases of the year and seemed destined to top “Call Me Maybe.”

The David Kalani Larkins-directed music video was a straightforward but endearing affair. After calling in favors from the likes of Justin Bieber and Tom Hanks for “I Really Like You,” Carly’s second offering felt a little more intimate. In it she escapes to cities across the globe with a lover behind the camera. He lovingly captures footage as she races through airports and cheerily dances down the streets while pulling him along by the arm. The carefree effort culminates in a hotel performance and ends with her looking out a window and surveying her new surroundings.

The visual took on an autobiographical quality as Carly embarked on a world tour and revisited several of the cities to perform later that year. Of course, “Run Away With Me” opened the show with an explosion of energy at every new city. She also performed the fan-favorite during a handful of promotional appearances around the album’s release. As the single developed a cult following and racked up rave reviews, it should have become the year’s inescapable hit.

Despite its warm reception, the track failed to find a foothold on the charts. After “I Really Like You” stalled out, radio abandoned the Canadian hitmaker. “Run Away With Me” missed the Billboard Hot 100 entirely and peaked on the lower end of the charts in Canada. Although the vibrant single had a little bit more luck on club charts in the US, it still failed to live up to expectations.

However, the buoyant single developed an instant cult following and has achieved an iconic status with fans. Similar to Britney Spears’ Blackout, Emotion was the underperforming opus that would help spawn a pop revolution. “Run Away With Me” helped bring about a renaissance of synth pop in 2016 that resulted in hits like Ariana Grande’s “Into You.” Even though it never had its moment at the top of the charts, it helped cement the siren’s status as one of pop’s most reliable for a timeless bop. Revisit Carly’s seminal release below!

Should this song have been bigger? Let us know below, or by hitting us up on Facebook and Twitter!