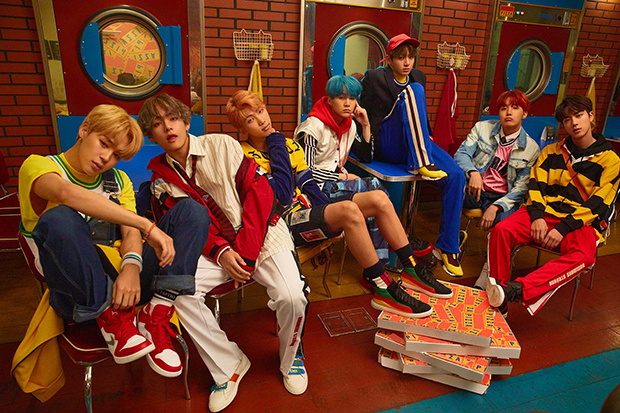 BTS pulled it off! K-Pop’s biggest group has succeeded where so many other international acts have failed and crossed over in the US. Fresh from making history with the top 10 debut of Love Yourself: Her and a show-stopping performance at the American Music Awards, the guys underlined their massive popularity by dropping a remix of “Mic Drop” by club king Steve Aoki. The overhaul, which stays true to the trap original and features Desiigner, topped iTunes in a matter of hours and stayed there for most of the Thanksgiving holiday.

Not only that, but the video has wreaked havoc on YouTube racking up 25 million views in three days. Those statistics all but ensure a lofty debut on the Billboard Hot 100 next week. What can you expect from BTS’ latest visual? Incredible choreography, flawless outfit changes, amazing haircuts and a projection of Steve Aoki. While some K-Pop acts can be a little cheesy (on purpose, usually), the seven-member group always keeps it cool. Watch them do their thing up top.

is red your favorite color?🌹

Are you surprised by the group’s US success? Let us know below, or by hitting us up on Facebook and Twitter!