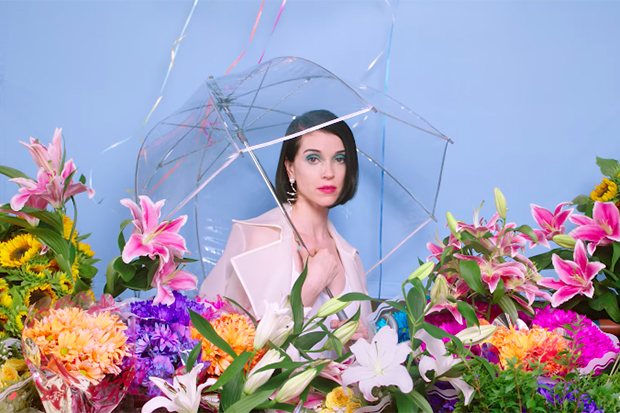 EDIT: Unfortunately, this video was removed. You can watch her perform it at Coachella up top.

Take a bow, St. Vincent. The singer/songwriter delivered one of the best late night TV performances of 2017 when she belted out “Slow Disco” on The Tonight Show Starring Jimmy Fallon. Backed only by a string section, which faced her on stage, the Grammy winner squeezed every drop of emotion from the MASSEDUCTION ballad. She looked every inch the (futuristic) torch singer in her lilac latex gown and sounded typically flawless. It was dramatic, artistic and absolutely engaging.

The alt-pop songstress took a big risk on her fifth LP, which is her most most pop-centric offering to date. St. Vincent signaled her intent on lead single “New York,” which stands out as one of the year’s best, before reminding us that she hasn’t lost any of her edge on electro-pop tracks like “Los Ageless” and “Pills.” Of all the songs on the album, “Slow Disco” is probably the meeting point between her old, more experimental output and current detour into pop. Watch her in action up top.

Did you love her performance? Let us know below, or by hitting us up on Facebook and Twitter!