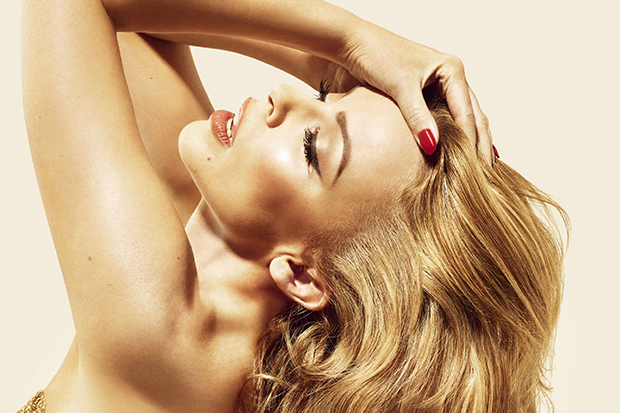 It’s a big week for Kylie Minogue’s music-starved fans! (We’ve been waiting four years for non-festive fare). The pop icon started promoting “Dancing,” the lead single from 14th LP Golden, earlier this week and just shared the tracklist. “There’s a little bit of heartbreak, I would say… [but] most of it is super positive and inspiring, as a note to self as much as anything else,” she said in an interview last year. However, from the song titles, there might be more melancholy in the mix than she previously let on.

Tracks like “Stop Me From Falling,” “A Lifetime To Repair,” “One Last Kiss” and “Music’s Too Sad Without You” promise bittersweet pop perfection, while “Shelby ’68” (it’s a type of Ford Mustang) sounds like the most country song on the album. However, it’s always dangerous to read too much into a title. “Dancing” sounds like a frivolous bop, but it’s a twangy, countrified gem with a surprisingly weighty undertone. If nothing else, this is shaping up to be Kylie’s most surprising era since Impossible Princess. See the full tracklist below.

I am SUPER excited to share with you the track listing for #GOLDEN 💫✨🌟 More details coming very very soon… 👀 pic.twitter.com/S2rHAbz118

What song are you most excited to hear? Let us know below, or by hitting us up on Facebook and Twitter!