Jaira Burns Moves On In Her Cute & Colorful “OKOKOK” Video 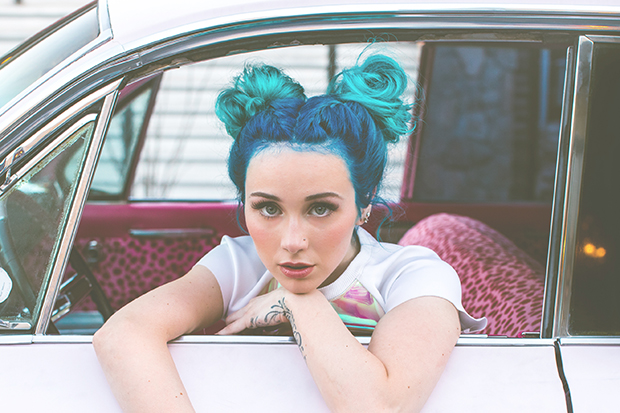 Jaira Burns needs to be on your pop radar. Listen to her debut single 'Ugly.'
MORE >>

The buzz around Jaira Burns continues to grow with each new release. The 21-year-old, who first burst on to the scene in 2017 with “Ugly,” recently dropped a new single called “OKOKOK.” An explosion of pop hooks with hip-hop-influenced production, the newcomer’s latest is a remarkably calm breakup anthem. “I don’t sweat a thing with you out my system,” she sings at one point and that nonchalance is reflected in the video (out today). Our heroine begins the clip, which was directed by Lucy Sandler, with an epiphany.

Jaira realizes her no-good boyfriend isn’t about to change any time soon and she soon drifts off into a fantasy world where the blue-haired pop star poses in a giant clam, rocks different looks and generally has a great, old time. When she finally comes back to reality, the decision is obvious and she gets the fuck out. “OKOKOK” follows the singles “Ugly,” “High Rollin” and “Burn Slow.” Watch her in action up top.