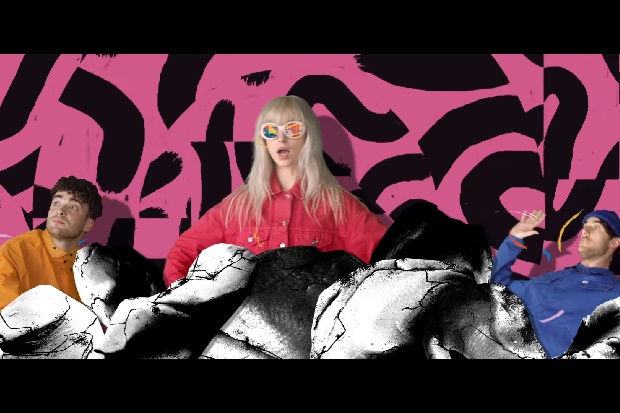 Paramore is rolling out “Caught In The Middle” as the fifth single from 2017 LP, After Laughter — complete with a fantastically fruity video. There isn’t much of a narrative to speak of, it’s just Hayley Williams & Co. dancing on oranges and fleeing a giant pineapple, but the different techniques (it’s part drawn/animated) and color schemes are eye-catching and effective. Also, did I mention the giant fruit? Like all the singles before it, “Caught In The Middle” is a bop and deserving of love at pop radio.

In fact, this era has been something of a revelation. After a five-year break, Paramore returned with a pop-centric sound and one of the best singles of 2017. “Hard Times” truly deserved to be massive, but I guess fans weren’t quite ready for the sonic overhaul. That release got a colorful, ’80s-inspired video and every subsequent single has benefitted from a retro visual. (I particularly love Hayley channeling a weather woman in “Rose-Colored Boy”). Watch the band’s latest clip up top.