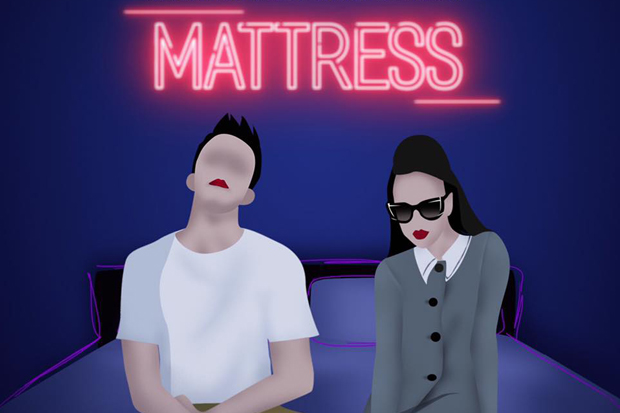 The songwriter calls on Allie X to add her voice to a remix of 'Mattress.'
MORE >>

There are at least three reasons to watch Sierra Burgess Is A Loser, which debuts on Netflix on September 7. It stars the amazing Shannon Purser — better know as the legendary Barb on Stranger Things. (Vale). It also looks like a witty, modern twist on Cyrano De Bergerac set in high school and boasts an incredible soundtrack. The latter is the handiwork of singer/songwriter Leland, who executive-produced the album and contributes three new songs (“Lights,” “Latitude” and “Middle Of Love” with Vincint).

He also calls on a bunch of frequent collaborators including the ever-brilliant Allie X, who contributes “Kid Wonder,” “Sunflower” and recent hit “Paper Love.” Other featured artists include Betty Who (“The Other Side”), MNEK (“Half Of You”), Sabrina Carpenter (“Lie For Love”), K.I.D (“I Don’t Change”) and Carlie Hanson (“Goodbye”). Check out the full tracklist below and watch a preview of Sierra Burgess Is A Loser at the bottom of the post.

The Sierra Burgess Is A Loser soundtrack tracklist:

1. The Other Side (Performed by Betty Who)

4. Half of You (Performed by MNEK)

5. The Phone Call – Score from the Motion Picture

11. Middle of Love (Performed by Leland and Vincint)

12. The Parking Lot – Score from the Motion Picture

Are you excited for the movie? Let us know below, or by hitting us up on Facebook and Twitter!