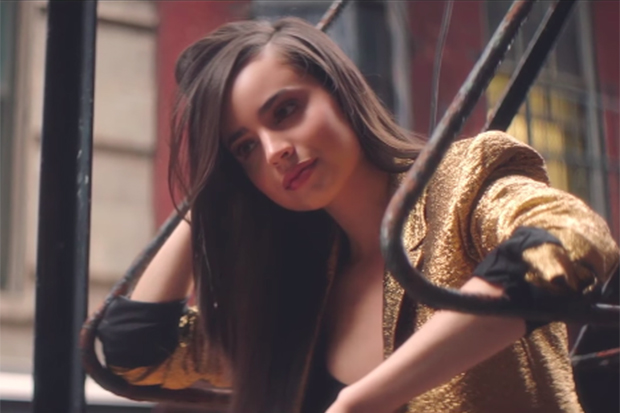 Sofia Carson has been on the brink of a bigger things for a while now. The singer/actress, who is probably best known for her role in Disney’s Descendants, launched a pop career in 2016 with the underrated “Love Is The Name.” The 25-year-old followed it up with a couple of gems in 2017, most notably the Alan Walker-assisted “Back To Beautiful.” She returns today (August 23) with “Rumors,” a collaboration with Dutch DJ R3HAB. And the perky, radio-friendly bop could be her breakout hit.

“I could feel you watching me, all your friends are trying to leave,” Sofia begins the song over R3HAB’s melodic beats. “You hit me with the one line, I know that you said about it a hundred times.” What starts as a seemingly typical good-girl-meets-bad-guy anthem has an unexpected twist. She is a player too! “Don’t you know the rumors? They talk about, talk about me too much,” the rising pop star coos in the chorus. “I know that your intentions are as bad as mine, so let’s pretend forever is only one night.” Stream the catchy track below.