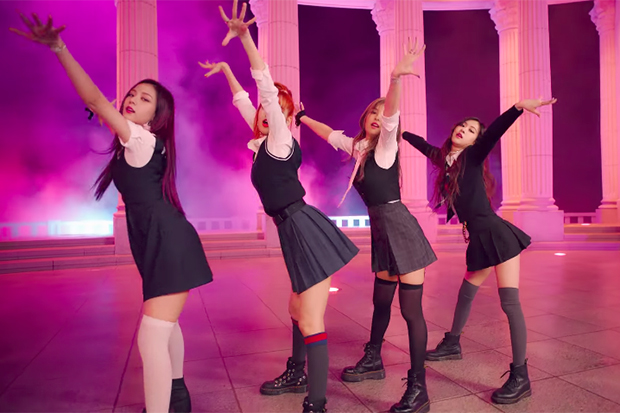 BLACKPINK returns with a sizzling, dance-pop bop called 'As If It's Your Last.'
MORE >>

K-Pop Queens BLACKPINK have dominated charts across the globe. Earlier this year, the quartet landed on the Billboard Hot 100 with their blistering “Ddu-Du Ddu-Du.” They also linked up with Dua Lipa for the equally fierce “Kiss And Make Up,” which has amassed more than 50 million streams on Spotify since dropping last month. And today (November 12), they are making new moves with the unveiling of a solo song from Jennie. Aptly titled “Solo,” the infectious bop is a celebration of independence. Since dropping this morning, the anthem has left its mark on US iTunes. At the time of publication, it climbed to the number 9 spot on the singles chart.

That’s not all though. Jennie also graced us with the official video. In it, the diva sports several chic looks. Starting out in glam baby doll dresses, there is a notable transformation as she embraces the solo lifestyle. Entering a laundromat, she strips off a demure blush dress to reveal a black bodysuit underneath. Adding a black jacket and fishnets, she appears more confident than ever before. Interspersed throughout are some intricately choreographed routines. My personal favorite moments come at the close as the hitmaker is joined by a crew of female dancers for one last empowering routine.

Unsurprisingly, the video is turning out to be a viral success. It has been viewed more than 4.8 million times since being uploaded this morning and shows no signs of slowing down. At the rate things are going, Jennie should be making a solo appearance on the charts any day now. And according to Billboard, we can expect the other members of BLACKPINK to be releasing their own material in the near future. While we wait to see who will be next, check out “Solo” below!