Pink Reveals The Cover Of 8th LP, ‘Hurts 2B Human’ 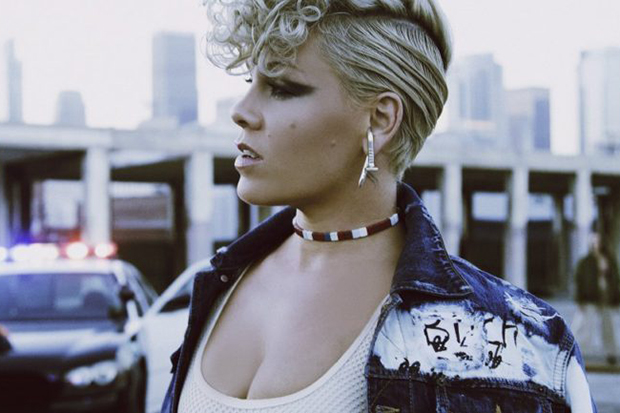 The pop/rocker relaunches with a new single called 'Walk Me Home' and it's a bop.
MORE >>

She’s coming! Pink unveiled the colorful, painted cover of Hurts 2B Human on social media this afternoon (February 28). The pop/rocker’s 8th LP is expected to arrive in April. Of course, she released the lead single earlier this month. “Walk Me Home” is the kind of foot-stomping anthem we have come to expect from Pink, albeit with a lighter, slightly more optimistic tone. It will be interesting to see if it’s reflective of the rest of the album or an upbeat outlier.

The timing of Hurts 2B Human suggests that the enduring hitmaker is increasingly aware of the way music is consumed. Spending four or five years between projects (her usual m.o.) is no longer an option. Albums don’t stick like they used to and fans will move on to someone else if left to their own devices long enough. Not that Pink’s rowdy army of followers is going anyway. “Walk Me Home” shot straight to number one on iTunes and is starting to gain ground on pop radio. While we wait for the Michael Gracey-directed video to arrive, check out her album cover below.