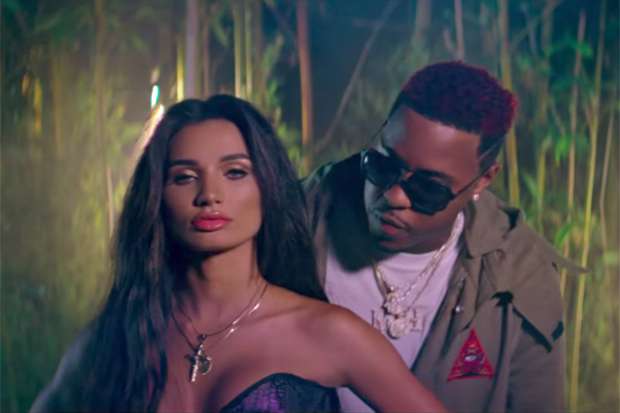 Pia Mia teams up with Jeremih for a slinky bop called 'I'm A Fan.' Watch the sexy video.
MORE >>

Finally! After a three-year hiatus, Pia Mia is returning to the music scene on Friday (March 22) with a new single called “Bitter Love.” The 22-year-old revealed the cover art, which finds her looking pretty in pink, on social media and thanked fans for their patience. “‘Bitter Love’ is going to be big, I always knew that and it’s all because of you,” she tweeted. “‘Bitter Love’ is your baby!” It’s unclear yet if Pia is returning with a banger or a ballad, but the artwork suggests she’s going for a softer, more mature sound.

Of course, all pop connoisseurs know that the Guam goddess arrived with a bang in 2015 with “Do It Again” (featuring Chris Brown and Tyga) and the jumped on the tropical wave with “Touch.” At the time, Pia was hard at work on her debut album — recording more than 100 songs with A-List collaborators like Ricky Reed, Benny Blanco, Rock City, Justin Bieber, Ty Dolla $ign, Ester Dean and Naughty Boy. Unfortunately, the project was shelved and we’re still waiting for her debut. Hopefully, it will arrive in 2019!

See the cover of “Bitter Love” below.

Are you excited for Pia’s return? Let us know below, or by hitting us up on Facebook and Twitter!