Premiere: Steve James Returns With “Fall For You” 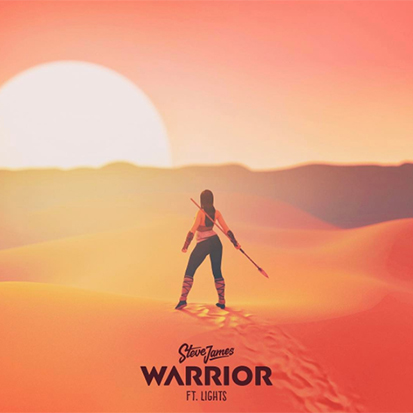 Steve James established a reputation as one of pop’s go-to producers before he finished high school. He earned a Grammy nomination for his work on Justin Bieber’s all-conquering Purpose LP, co-produced Martin Garrix & Bebe Rexha’s epic “In The Name Of Love” and churned out massive remixes for artists like Zara Larsson, Tinashe and Melanie Martinez. However, he has been much less prolific at releasing his own music. A situation the Johnstown, PA native remedies with “Fall For You.”

“It’s been two years since ‘Warrior’ came out,” Steve says of the delay. “I’ve always loved my own music but there was something off about the process before, and it’s taken me time to find the right way. I’m so lucky to have written ‘Fall For You’ with my best friends in London on a trip I’ll never forget. One where I found myself.” Part of that journey of self-discovery was finding the confidence to use his own vocals on a track. “I’m a very meticulous producer,” the 20-year-old explains. “It took me a minute to get used to the process. [But] I’m starting to love my voice though.”

And you can see why after listening to “Fall For You.” This is a loved-up banger that is destined to soundtrack endless parties as the weather warms up. We’re excited to premiere the first taste of Steve’s +1 EP below.