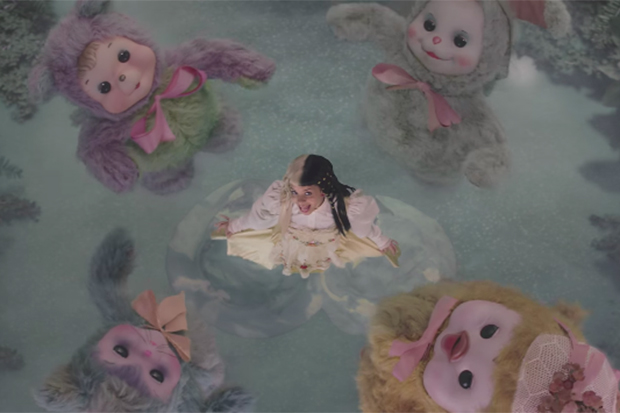 Finally! After what feels like an eternity, Melanie Martinez announces her sophomore LP via a typically demented video. The clip finds the singer/songwriter entering a pastel-colored classroom in full Cry Baby drag. Her classmates and teach stare at her eerily while an ominous sound can be heard in the background. It’s an intriguing, slightly creepy and very Tim Burton-esque introduction to K-12. While not explicitly stated, that title is used at the end of the video and is plastered all over her social media accounts.

When I spoke with Melanie way back in 2015, she revealed that her sophomore LP would be another concept album that follows the adventures of her maladjusted toddler alter-ego Cry Baby. A lot of time has passed since then, but the aesthetic of the K-12 trailer suggests that we’re in for a continuation of her platinum-selling debut. It’s also very possible that we’re getting another visual album. The 24-year-old promised a full-length film in 2017, which could help explain the lengthy delay. Get ready for more mayhem and watch the trailer below.

When the bell rings, you must be in your assigned seat…

Are you excited for Melanie’s new era? Let us know below, or by hitting us up on Facebook and Twitter!