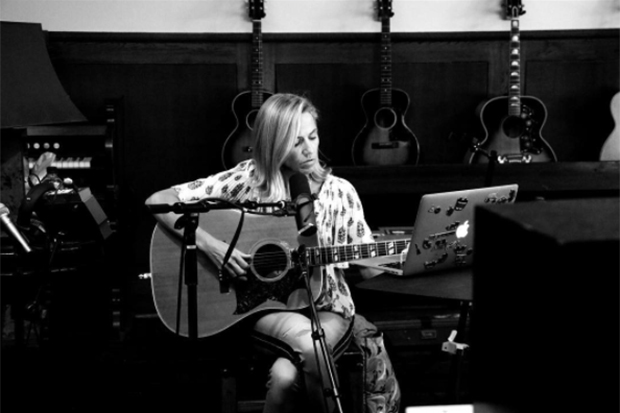 EDIT: The post has been updated with a streaming link of ‘Threads.’ Sheryl’s final album (!) is available now. Take a listen below.

Sheryl Crow is one of the most versatile artists in music. When the three-time Grammy winner isn’t dabbling in country (2013’s Feels Like Home) or returning to her rock roots (2017’s underrated Be Myself), she’s hitting the studio with friends and heroes. That’s the concept of the 57-year-old’s 11th LP. Threads is a collaborative effort featuring Stevie Nicks, Maren Morris, Chris Stapleton, St. Vincent, Sting, Keith Richards, James Taylor and many more. It even includes a duet with the late, great Johnny Cash.

“I became inspired to record an album of musical experiences with the legacy artists who inspired me to want to be a great songwriter, musician, and producer,” Sheryl reveals. “It is a celebration with them, and a tribute to them. Just as importantly, I wanted to work with younger artists on this record, who I believe will pick up the torch and continue to light the way for humanity with their stories and their songs for many years to come. Their music inspires me every day.” See the full tracklist below and pre-order Threads here. It drops on August 30.

3. Tell Me When It’s Over ft. Chris Stapleton

8. Everything Is Broken ft. Jason Isbell

Are you excited for the album? Let us know below, or by hitting us up on Facebook and Twitter!