Another Gem: Allie X Finds The One On “Rings A Bell” 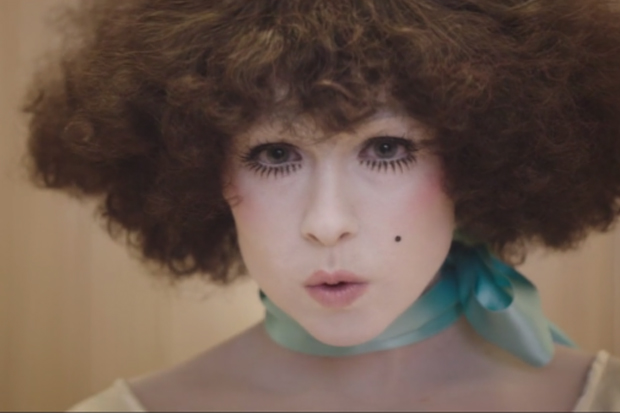 The pop star is a porcelain doll without control in the visual for 'Paper Love.'
MORE >>

It’s a well-established fact that Allie X can do no wrong. From 2014’s “Catch” to the recently-released “Fresh Laundry,” the Canadian auteur always comes at pop from a unique perspective. That’s particularly true of “Rings A Bell.” Songs about finding The One are a dime a dozen, but few liken the discovery of your soulmate to a case of déjà vu. “The way you move, it rings a bell,” she coos over OZGO’s slinky synths. “The way you stare, it casts a spell.” Ms. X elaborates as the chorus unfolds.

“As if you knew me well, must have been a reason for this feeling ’cause it rings a bell,” Allie sings. “Could swear that we’ve been here before, ’cause in your arms I feel so sure.” Given her prolific output and love for oddball CollXtions, “Rings A Bell” could wind up anywhere. We’re coming up to the one-year anniversary of Super Sunset, so I guess it’s about time that Allie starting chipping away at album three. If “Rings A Bell” is any indication, it’s going to be another pop triumph. Listen below.