Evanescence Returns With A Cover Of Fleetwood Mac’s “The Chain” 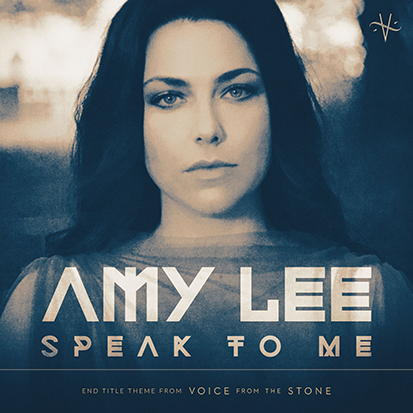 The Evanescence frontwoman releases a solo single called 'Speak To Me.'
MORE >>

EDIT: Evanescence has dropped a video for the killer cover of Fleetwood Mac’s “The Chain.” Watch the post-apocalyptic visual below.

My love for Evanescence has never waned. I worshipped Amy Lee & Co. when they were conquering the charts with classics like “Bring Me To Life” and “My Immortal,” and I continue to stan to this very day. Which makes the arrival of a new song — albeit a Fleetwood Mac cover for a TV commercial — a cause for celebration. The rockers tackle “The Chain” and manage to make it their own through sheer force of will. “And if you don’t love me now, you will never love me again,” Amy howls. “I can still hear you saying you would never break the chain.”

Why? “We recorded a cover of Fleetwood Mac’s ‘The Chain’ a couple months ago for the Gears 5 commercial,” the band explains. “We loved the song so much that we decided to record a full length version, which is out tonight.” Evanescence then shared some truly exciting news. “We have European tour dates coming up next year, and are in the studio now working on our next original album,” they revealed. Listen to “The Chain” below while I process the (semi) imminent arrival of album number five.