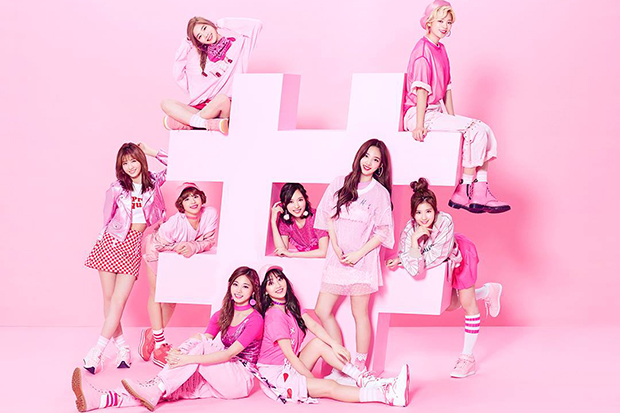 Everything you need to know about flawless K-Pop queens TWICE.
MORE >>

K-Pop continues to break new ground around the world in 2020. Agust D just landed the highest-charting album by a solo K-Pop artist with D-2, BLACKPINK landed a collaboration with Lady Gaga and BTS… well, everything they do is historic. Joining this elite group is TWICE. The K-Pop girl group will expand their global reach with MORE & MORE. The 9-member troupe’s latest mini-album (or EP) shot straight to number two on iTunes, just behind Mother Monster’s Chromatica.

The 7-track set finds TWICE experimenting with their sound. They cater (ever so slightly) to the West on the title track, which is a furious banger penned by a group of A-Listers including Julia Michaels, Justin Tranter, MNEK and Zara Larsson. There are more gems where that came from, however. Another highlight is “MAKE ME GO” — a sassy bop produced by UK DJ SHIFT K3Y, while “DON’T CALL ME AGAIN” is fiercer than it has any right to be. Listen to TWICE’s mini-album and watch the band’s “MORE & MORE” video below.