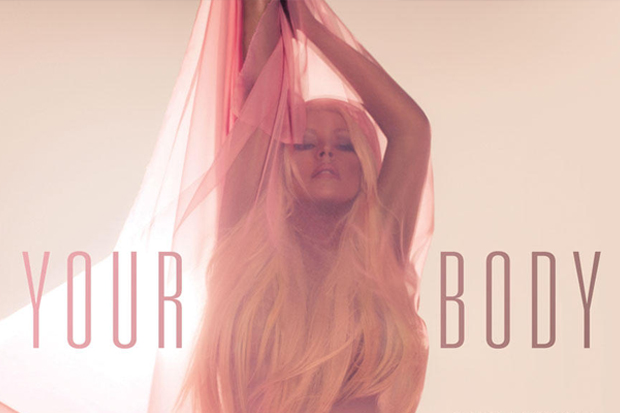 Christina Aguilera should have had a massive hit with 'Your Body.'
MORE >>

Christina Aguilera turns 40 today (December 18) and it would be remiss to let the milestone pass without proper acknowledgement. As such, I’ve decided to round up Legend X’s 40 best songs. Which is a lot harder than it sounds because the pop icon doesn’t do filler. All of her studio albums are jam-packed with hits and hidden gems, while her manifold collaborations also need to be factored in. In the end, I went with my gut. I love Christina’s power ballads and salacious bangers equally, so there’s a bit of everything.

I also included some of Christina’s most obscure releases that have popped up on soundtracks or iTunes over the years. Grab a glass of something bubbly, raise it to Xtina and dive into my countdown of the superstar’s best songs below. From “Reflection” (the original version) all the way through to “Loyal Brave True,” she’s still at the very top of her game. Game-changing queens only.

One of the most heartfelt cuts on Stripped.

If you love outrageous vocal acrobatics, this is the Xtina ballad for you.

A reunion with A Great Big World that deserved so much more love and attention.

Penned by Diane Warren and produced by Jam & Lewis, this is a time capsule of Y2K pop.

This better get a nomination for Best Original Song at next year’s Oscars.

I can’t imagine the ’00s without this song.

Legend X did everything first including working with Mark Ronson. (Okay, maybe Amy Winehouse got in just before her).

Yes, I happen to like Xtina’s country experiment with Blake Shelton. A lot.

A humble ode to vaginas that should be have been a number one hit.

Christina and Nelly turned out to be a match made in hip-hop/pop heaven.

Few things in life give me as much pleasure as the Burlesque soundtrack.

Love it or hate it, this song will haunt us for the rest of our days.

Released as a charity single after the Pulse nightclub shooting, “Change” is an extraordinarily moving record.

This slinky, sexy hip-hop/pop hybrid deserved so much more.

It speaks volumes to the quality of “Reflection” that it still sounds sublime 22 years after release.

A pop culture moment that will never be matched or repeated.

Christina’s Spanish-speaking fandom finally got fed with this racy bop.

A soaring ballad that ended up on The Hunger Games soundtrack. I demand justice for the track here.

The crowning jewel of the holy Burlesque soundtrack.

Performing this banger with Lady Gaga on The Voice was a true cultural reset.

Imagine following up a song as iconic as “Genie In A Bottle” with another stone-cold classic like this.

The kind of ballad that Adele would kill for. It should have been the second single from Liberation.

Shame on RCA for not releasing this electro-pop masterpiece as a single.

The forgotten gem on Stripped.

One of the pop icon’s most restrained, sublime vocals.

Christina really had her foot on necks with this song and video.

I will go to my grave maintaining that this is a forward-thinking knockout.

One of Legend X’s best ballads.

The fact that this electro-ballad was relegated to iTunes bonus track status is a literal crime.

Okay, this should be higher on the list but hearing awful covers on every TV talent show ever broadcast has taken its toll.

I will never forgive pop fans for letting this flop.

Yes, one of Christina’s all-time best songs features on The Get Down soundtrack. I really need a whole disco album.

This big-band, genre-melting bop doesn’t get enough credit for literally breaking the mold.

A mood. A moment. A movement.

Legendary. The pop girls sure aren’t reinventing themselves like this anymore.

Arguably the best debut single of all time.