The two superstars decided to reach out to the 'X Factor' contestant in the form of kind words and cupcakes.
MORE >>

Natalia Kills continues to speak out about being ousted from X Factor New Zealand along with her husband, Willy Moon — and she’s far from backing down or apologizing for her criticism of contestant Joe Irvine.

In an exchange with Billboard yesterday, Kills spoke out further about the incident, which has garnered a fair share of shade from contemporaries like Calvin Harris. “Obviously sometimes TV producers plan drama for ratings and it totally back fire[s] on them. But if that was another stunt then it was badly…when you’re under contract there’s no room for error, so I wish I could have spoken up and addressed Joe sooner. It’s awful he got dragged into this but I wish him all the best on reality TV and with his music.”

She also said she was “encouraged to be outspoken and things got out of hand,” and shared a photo sent in by a fan comparing Willy and Joe’s suited-up looks. “Like I said, I don’t know who was in on it, or where the idea came from but it’s a shame for everyone that happened,” she explained.

In addition, Kills confirmed that she parted ways with Cherrytree Records well before the incident (“I changed management months ago and parted with Cherrytree Managment [sic] but I’m … Still on Interscope UMG for now”) and that she’s looking forward to hitting the studio again soon.

What do you make of Natalia’s comparison photo? Do you think the producers used her and Willy for drama? Check out the comparison photo, and sound off in the comments below. 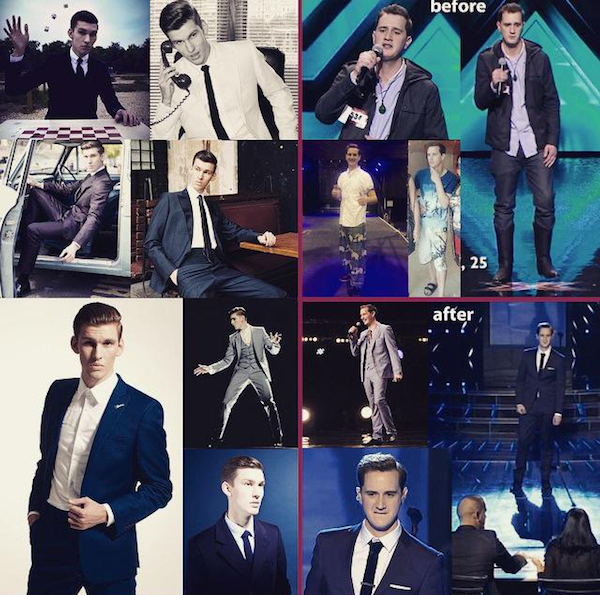