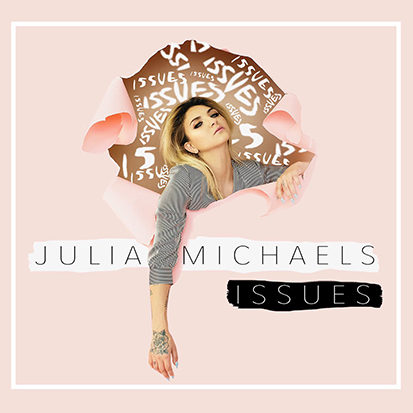 Sabrina Carpenter has been on the brink of big things since the arrival of debut EP, Can’t Blame A Girl For Trying, in 2014. She lived up to that promise on her debut album, but it was a little thin on potential singles — a problem the 17-year-old’s sophomore LP, Evolution, doesn’t have. The Girl Meets World star moves away from the acoustic, country-lite vibe of her early material in favor of a bolder pop sound and strikes gold with “Thumbs,” which is shaping up to be her breakthrough hit.

Written by Steve Mac and Priscilla Renea, “Thumbs” grabs your attention from the opening strings and holds on to it with a vice-like grip thanks to the oddball lyrics and obscenely catchy chorus. “Somewhere in the world they think they’re working for themselves, they get up everyday to go to work for someone else,” Sabrina muses. “And somebody works for them and so they think they got it made, but they’re all just working to get paid the very same.” It’s all very confusing, but the chorus pulls it together: “And so they keep on twiddling them thumbs, skiddly-dee-da-dum.”

What does it all mean? Well, your guess is as good as mine. It’s either complete nonsense or an Eternal Sunshine Of The Spotless Mind-level exploration of the human condition. Whatever the case may be, the song stands out like, you guessed it, a sore thumb on pop radio and will have you humming along by the second verse. Expect to hear a lot of this in the very near future. Has Disney finally found the successor to Demi/Selena/Miley’s teen-pop throne? Listen below and decide for yourself.