Zara Larsson Unveils The Cover Of Debut LP ‘So Good’ 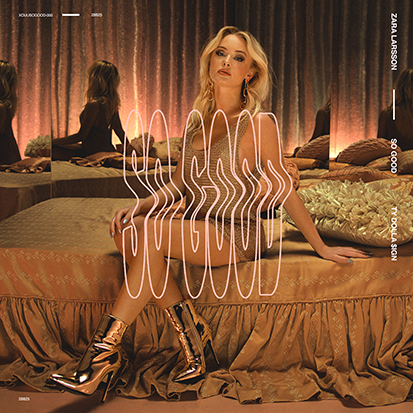 Edit: Zara’s album will be released on March 17.

The wait is almost over! Zara Larsson revealed the title and cover of her debut international album on Instagram last night (February 1). The much-anticipated opus is called So Good and will be available to pre-order on Friday. With any luck we’ll also learn the tracklist on that date. At this point, the Swedish diva has a lot to choose from. There’s the just-released title track, ’90s house-inspired “I Would Like,” Rihanna rip-off (I say that with love) “Ain’t My Fault,” MNEK collaboration “Never Forget You” and still-glorious “Lush Life.”

Actually, on the strength of those bops alone, So Good already has a pretty good chance of being one of my favorite albums of the year. What else can we expect from the project? “It’s a little mixed,” Zara told Harper’s Bazaar. “It’s pop but there are some rhythmic songs, some dance songs, some ballads. I think that everyone will like at least one song.” As for collaborators, the rising star has been in the studio with StarGate, T-Collar, Max Martin’s MXM team, R.City, Justin Tranter, The Monsters And Strangerz, Ed Sheeran and Clean Bandit.