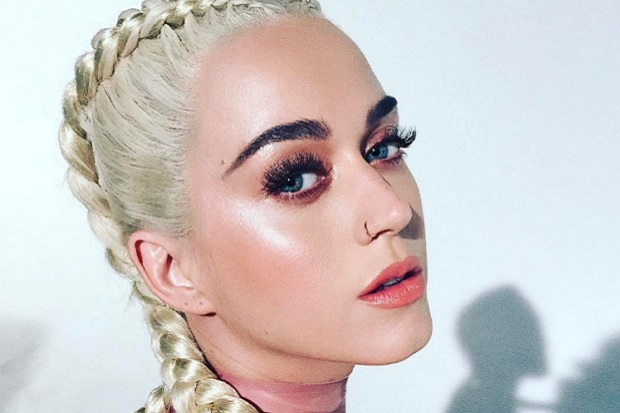 It’s official! Katy Perry’s next single is called “Bon Appetit” and it drops on Friday (April 28). The pop star made it official this afternoon by posting the surreal cover on Instagram. It depicts her decapitated head resting on a plate of fruit. You can also see each of the Migos, who feature on the track, reaching in to grab a snack. After bringing woke-pop to the masses with “Chained To The Rhythm,” it looks like Katy wants to have a little fun this time around with a tongue-in-cheek bop.

The 32-year-old got everyone talking earlier this week by emailing fans the World’s Best Cherry Pie recipe. Katy signed off with “Bon Appetit” — the title of an unreleased song, which she described as “pretty sexual” during an interview with E! News. We even know when the track will have its live debut. Katy is listed as a performer on the May 20 episode of Saturday Night Live, which will be hosted by Dwayne Johnson. See the eye-catching cover below.

Are you excited for Katy’s new single? Let us know below, or by hitting us up on Facebook and Twitter!